Is Cristiano Ronaldo Going to Chelsea? 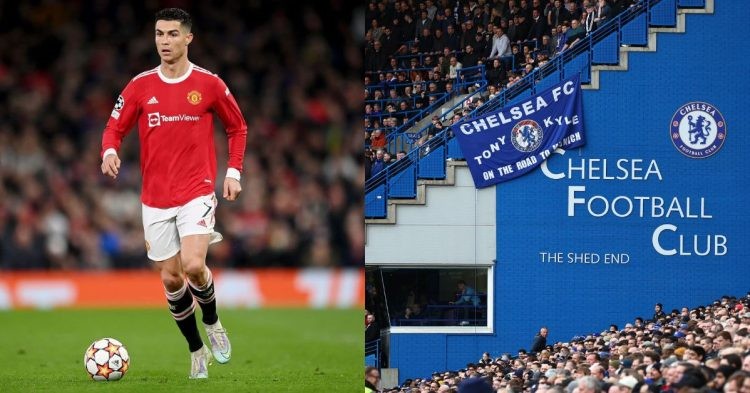 After months of endless criticism and disappointing performances, Cristiano Ronaldo decided to do a tell-all interview where the Portuguese international ripped into anyone and everyone he could remember.

From the owners to the head coach and even the training facility, Ronaldo didn’t pull any punches as the 5-time Ballon d’Or winner decimated all his ties at Manchester United with this interview.

It is well known that Cristiano and Jorge Mendes were actively searching for a new home in the Summer but came up short as the Portuguese decided to stay.

Graham Potter reportedly does not like the idea of signing Cristiano Ronaldo at Chelsea as he is trying to build a dynamic and progressive team.

One of the Clubs interested back then was Chelsea, who might want to reignite their pursuit of the 37-year-old if Manchester United sack his contract.

Ronaldo, did a tell-all interview with Piers Morgan to express his feeling about his situation at Manchester United now. He said he has no respect for the new head coach and even questioned the appointment of Ralf Rangnick.

After this explosive interview, ten Hag conveyed his take on this situation and told the Manchester United board that he doesn’t want Ronaldo to come back to Carrington to train.

Chelsea have reportedly made a U-turn on Cristiano Ronaldo and are now ‘ready to step in’ if Manchester United follow through with their plan to sack him.

The forward has been linked with a move to Stamford Bridge on several occasions after his fallouts at Old Trafford. Following his interview with Piers Morgan, things have gone from bad to worse.

Cristiano didn’t like his treatment and made it evident in the tell-all interview as the forward went on to say he felt like he was being forced out and betrayed by his club and coach.

It has been reported that Jorge Mendes had made formal contact with Bayern Munich’s representatives just a week before the interview was aired.

Manchester United has taken the first steps towards kicking Cristiano Ronaldo out of the club after his interview with Piers Morgan. Earlier in the week, United said that they would consider their response once all the facts are established. United posted a club statement on Friday which said,

“Manchester United has this morning initiated appropriate steps in response to Cristiano Ronaldo’s recent media interview. We will not be making further comments until this process reaches its conclusion.”

United’s lawyers are convinced, Ronaldo has breached the terms of his contract after making allegations against the club, the Glazers, manager Erik ten Hag, and his teammates.

It’s understood United has begun the legal process of effectively kicking Ronaldo out by tearing up his $600,000-a-week contract without paying the Portugal star a penny of the $19million he would have earned until it expired in June.

With regards to initiating legal action to cancel his contract, United doesn’t want to pay any compensation. The matter is expected to be settled after the World Cup ends, allowing Ronaldo to look for a new club as a free agent and United to line up a replacement striker in the January transfer window.