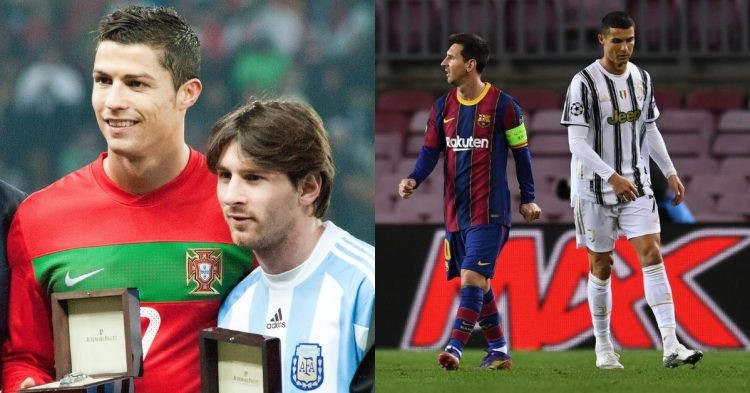 There has been some speculation that Paris Saint-Germain will reportedly switch Kylian Mbappe for Cristiano Ronaldo. Mbappe, who seemed destined to depart PSG last season on a free transfer, didn’t leave.

Ronaldo’s transfer would not match PSG’s new operating system since Luis Campos is now in charge of their transfer plan.

However, if the controversy surrounding Kylian Mbappe persists, they may realize they need a new superstar. Pairing Ronaldo and Lionel Messi for a season would make for an exceptional campaign.

In an unpleasant interview, the Portugal captain attacked the team, the current United squad, and manager Erik ten Hag, but his teammates are allegedly on the side of the Dutch coach.

According to the reports, the Manchester United players don’t even want Ronaldo to come back to the team after the World Cup and think he should never play for the club again.

Cristiano Ronaldo is willing to play alongside Lionel Messi at PSG

The 37-year-old Portugal striker was previously linked to PSG in the summer, and the report claims that the Parc des Princes leadership hasn’t ruled out a move for him.

This suggests that Ronaldo and Messi may line up next to one another for a few seasons. Messi agreed to a two-year contract with PSG that includes a third-season option.

🚨💣 Cristiano Ronaldo on Leo Messi: "It's like Messi is a teammate. He's a guy I respect. The way he always talks about me. Even his wife, from my girlfriend. What else can I say? A great guy who does great things for football." 🐐❤️

Ronaldo, in his interview with Piers Morgan, said of Messi, “He is an amazing player. Magic! A top person. We have shared the stage for 16 years. Imagine 16 years! So, I have a great relationship with him. I’m not his friend. In terms of what I mean as a friend who was with you in your house or speaking on the phone.”

Furthermore, he elucidated, “No, but it’s like a teammate. He’s a guy that I really respect the way he always speaks about me. Even his wife or my wife, my girlfriend, they always have respect and they’re from Argentina.”

“My girlfriend is from Argentina. So good. What am I going to say about Messi? A great guy who does great things for football.”

On and off the field, Messi and Ronaldo have been rivals for the bulk of their careers. Both players have 12 Ballon d’Or wins between them, with the Argentine narrowly winning with seven.

Spanish newspaper Marca illustrated, “I know the door is open. I see myself playing at the Parc des Princes in front of 50,000 Portuguese emigrants. It would be fantastic.”

With Messi, Mbappe, and Neymar, PSG currently has what is undoubtedly one of the most terrifying attacking lines in history.

But according to many, replacing Ronaldo with Mbappe the next season would raise that to a new level.

Other options available to Ronaldo

Ronaldo made numerous attempts to leave Manchester United last summer. He was unsuccessful, nonetheless, as a result of the lack of interest from clubs in signing him.

The clubs that were interested, however, were either outside of Europe or did not participate in the Champions League.

Cristiano Ronaldo confirms to Piers Morgan thet he turned down £350m bid from Saudi club in the summer.

There is a perception at Old Trafford that it will be nearly impossible to reintegrate the 37-year-old into the team after the 2022 World Cup in Qatar.

Cristiano Ronaldo has a contract worth more than £500,000 per week until the end of the season at Manchester United.

Although a frontrunner for Ronaldo has not yet been identified, Chelsea and Sporting CP have both been mentioned as potential suitors.

The major European leagues have concluded the summer transfer market. However, there are a lot of rumors circulating about Ronaldo and where he might end up, with an eye toward January.