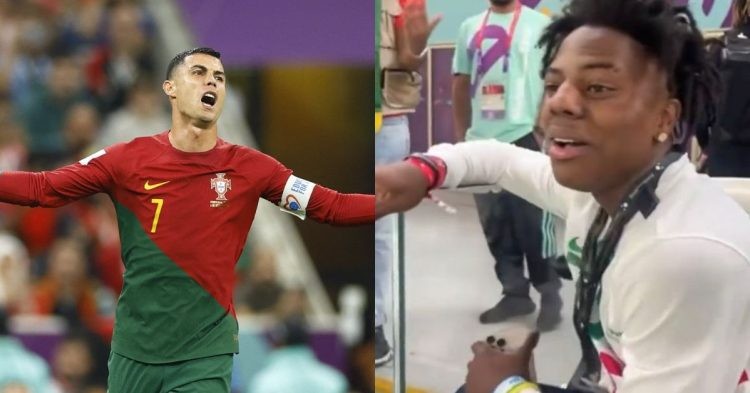 Portugal has beaten Switzerland in the round of 16 to qualify for the quarterfinals. Cristiano Ronaldo and Co. will face Hakim Ziyech’s Morocco in the next stage of the World Cup. The game against Switzerland was an eventful one for the Portuguese. The main reason for that would be Ronaldo‘s absence from the starting lineup.

The former Manchester United star did not start against the Swiss national team. Fernando Santos’ decision to leave his captain on the bench was quite bold if we’re being honest, but it might have worked out. Goncalo Ramos, the player who replaced Ronaldo in the starting XI, bagged a hat-trick. He is the first player to score a hat-trick at the FIFA World Cup 2022.

What happened to Cristiano Ronaldo?

This has been the question that has been running through many soccer fans’ minds right now. It is no secret that Ronaldo has gotten older now and doesn’t look like the player he once was. However, it is still hard to accept that he hasn’t been doing well recently. The main reason for that would be the goals he bags in occasionally. Speaking of goals, Cristiano even scored a goal today.

Cristiano Ronaldo scores but it is OFFSIDE ❌

However, unfortunately for the free agent, the goal was disallowed for offside. Ronaldo was disappointed that he couldn’t get on the scoresheet and add to Portugal’s 5-goal lead. But he wasn’t the only one. There was a fan in the stands that looked like he shed tears for Ronaldo’s disallowed goal. It was none other than IShowSpeed, the YouTuber who has garnered a huge following through his support for the 5x Ballon d’Or winner.

Initially, Speed celebrated when he saw Ronaldo’s thumping shot hit the net. However, when the people around him mentioned that it was flagged offside, Speed took a seat immediately and had his head down. It looked like he started to tear up after finding out that his idol couldn’t get the knockout stage goal that he has been longing for.

KSI accuses Ronaldo of holding his team back

IShowSpeed wasn’t the only one to have Ronaldo’s name on his lips today. KSI, another famous YouTuber who has a huge following, has had his say about the former Real Madrid star as well. During the game, KSI tweeted, “So…I’m gonna say it… Ronaldo holds teams back.”

KSI’s opinion isn’t something we haven’t heard before. When Manchester United performed well on the pitch when Erik ten Hag left him on the bench, there were a large group of soccer fans claiming that he was holding the United team back. KSI doesn’t mention anything different. He believes that Portugal will perform better without Ronaldo in the starting lineup. His tweet attracted a response from Dillon Danis as well.

SHUT YOUR MOUTH YOU KNOB RONALDO IS THE GOAT! https://t.co/sLnpnIZeKn pic.twitter.com/MAR62aF69G

Danis said, “SHUT YOUR MOUTH YOU KNOB RONALDO IS THE GOAT!” in his reply when he also posted an image of himself together with Ronaldo. It is quite clear where his support lies when it comes to soccer players. KSI and Dillon are currently preparing for their most-awaited boxing match in January 2023. As for Ronaldo, soccer fans are still eagerly waiting to see how he performs against Morocco, if he manages to start.