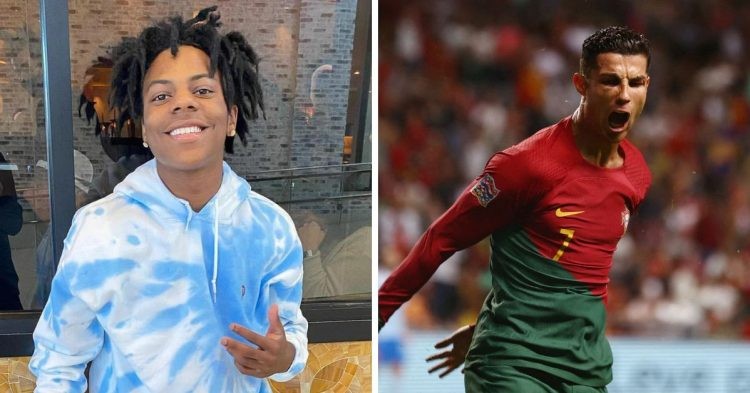 Speed, one of the biggest fans of soccer superstar Cristiano Ronaldo, recently posted a video on Instagram showcasing his love and madness for the athlete.

In the video, Speed can be seen on a soccer field showing off some of his skills and praising Ronaldo. “Something crazy actually happened you know. I grabbed my phone, I looked up Cristiano Ronaldo, grabbed the vaseline, you know, went ham on it, and I released my energy into Ronaldo, so I feel like Ronaldo today,” Speed declared in the video.

The cameraman then asked Speed “So you pleasured yourself to Cristiano Ronaldo?” to which Speed responded, “Yes sir”. The video has since gone viral, with many laughing at Speed’s madness for Ronaldo. Speed himself has become an internet sensation, with his admiration for Ronaldo being shared on soccer fan forums and social media.

Speed began to take YouTube content and streaming earnestly during 2020 when the COVID–19 pandemic started. He concentrated primarily on NBA 2K video game series in his content and streams. Through his streams, he gradually formed a small group of followers, witnessing modest progress all over his first year of content creation.

In 2021, the young YouTuber’s career began to take flight. He incessantly played 2K, Fortnite, and other video games on his stream, and would often become worked up to the point of having an outburst. The clips of his tantrums were circulated by his fans on platforms like TikTok.

The rapid spread of his videos and heated debates has caused his subscriber count to skyrocket from 100,000 to one million within two months. IShowSpeed was also able to maintain this rapid pace of growth, increasing its subscribers from one million to 11 million in a year and a half.

Recently, YouTube has taken action against the popular video streaming platform user, who has been successful on the platform in the past. On top of this, esports journalist Jake Lucky stirred up controversy when he posted a clip of an IShowSpeed stream that contained explicit material from a Minecraft mod. This has caused a feud between Lucky and Speed that is still ongoing.

Speed is a passionate fan of Cristiano Ronaldo and Manchester United, the world-renowned soccer star. While the exact details of how Speed became a fan of Ronaldo remain a mystery, it’s clear that his admiration for the athlete runs deep. IShowSpeed has mastered a strategy for success on the internet and social media, although his material may not be to everyone’s liking. His approach works for him.