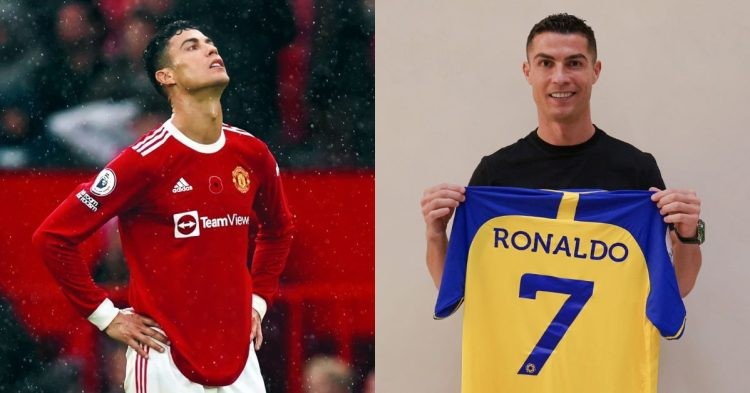 Cristiano Ronaldo shocked the world after signing a deal with Saudi Arabian club Al-Nassr. The transfer to Asia came as a surprise to the soccer world, especially because of how many times Ronaldo has emphasized ending his career at the highest level. However, it looks like he went back on his words and signed a new bumper contract worth more than $200 million, including commercial deals.

Ronaldo’s move has not gone down fell among his fans. Some have supported his new endeavor while others have criticized him for “prioritizing money”. With that said, it looks like we are near the end of Ronaldo’s illustrious career.

When will Cristiano Ronaldo play his first game for Al-Nassr?

According to various sources, the Saudi Arabian club’s new no.7 will play his first game on January 5, 2023. As he’s set to make his debut for Al-Nassr soon, the 5x Ballon d’Or winner sent a message to his new fans on his Instagram page. In the video, Ronaldo said, “Hi guys, see you soon!”

As mentioned earlier, the fact that he left Europe has been a tough pill to swallow for soccer fans everywhere. Many have claimed that his move to a league that’s outside of the Top 5 leagues in the world indicates his retirement from the sport. Despite that, some fans have tipped their hat in respect of the legendary impact Ronaldo has had on the soccer pitch for 20 years.

It hurts more than anything.
But wish you the best my GOAT. pic.twitter.com/bWTsxJIlVb

A fan tweeted, “It hurts more than anything. But wish you the best my GOAT.” The fan’s tweet included a compilation of CR7’s best moments on the pitch up until now. It is no secret that he has arguably been the best player in the UEFA Champions League tournament. And the fact that he wouldn’t be banging in goals left right and center in the tournament is hard for fans to digest.

With that said, some have criticized the former Manchester United star as well. This wouldn’t be a surprise to the soccer world, especially because Ronaldo has been one of the most criticized athletes for so long now.

You fell from the top because of your fake self

Ronaldo has always claimed that he wanted to play for an esteemed club before retiring. His goal was to win the big trophies before hanging up his boots. Ultimately, his career took a drastic turn since his return to Old Trafford in September 2021. The icing on the cake for Ronaldo and the United board to part ways would be his bombshell of an interview with Piers Morgan.

Whatever the case is, the soccer legend has left Europe to play in the Saudi Pro League. We can expect him to play with the same competitive mentality we have witnessed since 2003. It would be interesting for the soccer world to see how he performs for Al-Nassr in the future.