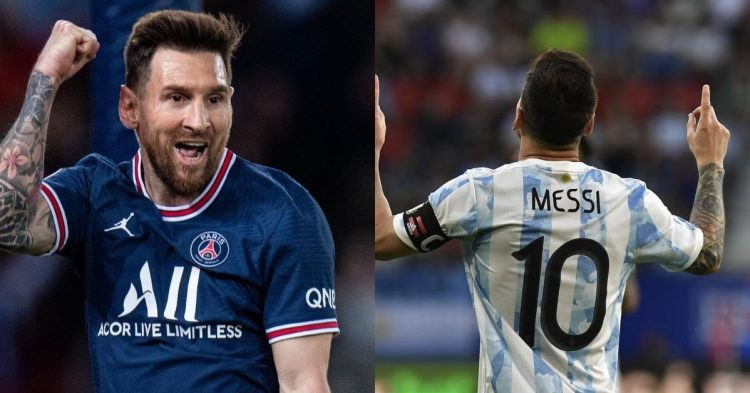 “Best preparation for a World Cup is to play. I’ve had talks with ex-pros who eased off. They were injured in preparation or they didn’t perform. I tell my players you have to stay focused to play.”

Comes after reports Messi wants to sit out next week.

The Argentine has already said this World Cup would be his last. Messi and Argentina fans all over the world will be hoping he can stay fit until the end of next month. The right winger missed PSG’s match against Lorient on Sunday.

Messi missed PSG’s 2-1 win away at Lorient on Sunday. Neymar and Danilo Pereira scored for PSG in the win that saw them go 5 points clear at the top of Ligue 1. A club statement said, “Leo Messi will remain in treatment for an inflamed Achilles tendon as a precautionary measure. He will resume collective training next week.”

PSG are once again clear favorites to win Ligue 1 this season. They have a huge squad whose quality far outweighs those of other teams in the domestic league. They can make do without Messi in the league, but require his quality for their Champions League hopes.

Please oh we need a fully fit Messi for the world cup pic.twitter.com/qTz5nkJVux

If Messi were to miss the World Cup, he would be well rested and available for the congested fixture list post-December, which PSG fans would not mind. Argentina’s national team and fans, on the other hand, would definitely hate to see Messi injured.

“The best preparation for a World Cup is to play. I’ve had talks with ex-pros who eased off. They were injured in preparation or they didn’t perform. I tell my players you have to stay focused to play,” PSG’s manager Christophe Galtier said on Messi missing the match on Sunday.

When will Messi be back?

Messi’s injury is only an inflammation of the Achilles tendon. He is expected to be back for PSG’s next game against Auxerre in Ligue 1 next Sunday. Based on this, it seems very likely Messi will be fit for the World Cup. Argentina’s first match in the World Cup is against Saudi Arabia on 22nd November.

Argentina already has Angel di Maria and Paulo Dybala as injury scares for the World Cup. Adding Messi to this list would be something the team would be desperate to avoid. Argentina goes into the competition as favorites having gone unbeaten for 35 games since July 3rd, 2019.