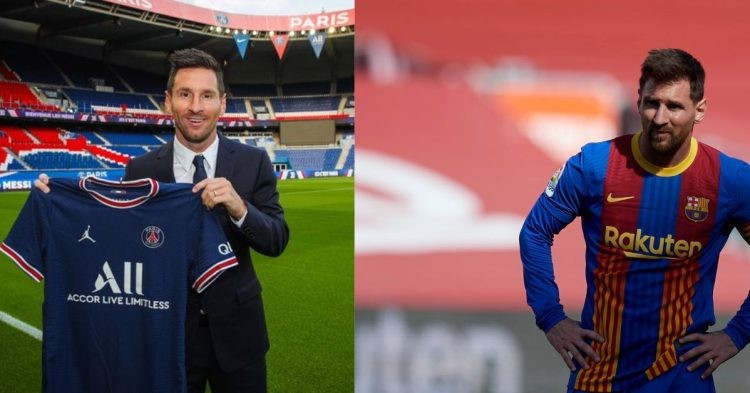 After the rumors of Lionel Messi wanting to leave Paris Saint-Germain went viral, many soccer fans were expecting Messi would return to Barcelona. However, the latest reports have clarified that Lionel Messi has no intention of going back to his former club. The reports quashed the rumors by further clarifying that Messi wants to stay at PSG. If everything goes on track, the Argentine talisman will soon sign a new contract with PSG.

Recently, Barcelona vice president Eduard Romeu talked about the possibility of Messi’s return to Barcelona. As per ESPN, Eduard said, “It would be possible financially, because if he returned it would be as a free agent.” However, it seems that Messi doesn’t want to return to his boyhood club.

“Lionel Messi is not angry at Joan Laporta. The player had a good relationship with the president when he was elected and that is still the case.”

Messi’s departure from Barcelona in 2021 after spending two decades at the club shocked the entire soccer world. Barcelona president Joan Laporta cited financial regulations as the reason for Messi’s departure. As per reports, Messi’s relationship with the Barca board has turned sour. Therefore, Messi will only return to Barcelona only if the existing board isn’t in power anymore.

Lionel Messi was insulted by Barcelona executives in leaked emails

Lionel Messi’s refusal to return to Barcelona could be because of the leaked emails where Barcelona executives had insulted him. According to the Catalan newspaper El Periodico, police have discovered an email sent by a former Barca executive in March 2020 which disrespected Messi. The investigation is being conducted because of the leaked details of Messi’s contract by the Spanish newspaper, El Mundo.

Former Barca legal counsel Roman Gomez Ponti had called Messi a “sewer rat” and a “hormonal dwarf” in an email. The then-Barca president Josep Bartomeu and former Barca chief-executive Oscar Grau were the recipients of the email. It has been alleged that it was Ponti, who had ordered the leak of the details of Messi’s contract in 2021. Ponti felt that Bartomeu had been too good to Messi, who had his own “dictatorship” in the club.

As per El Periodico, Ponti wrote, “Barto really, you can’t be such a good person with this sewer rat. The club has given him everything when he has dedicated himself to dictating over signings, contract renewals, sponsors, etc.” Ponti also accused Messi of protecting his friend and former Barca striker Luis Suarez.

He wrote, “ah! But when things go wrong, you receive the famous WhatsApp: ‘Presi, lower the salary of the others, but don’t touch me and Luis’.”

There haven’t been any official comments from Messi’s entourage regarding this incident yet. This entire police investigation is a part of the ‘Barcagate’, where the police are looking at the malpractice and corruption of the previous Barcelona board.