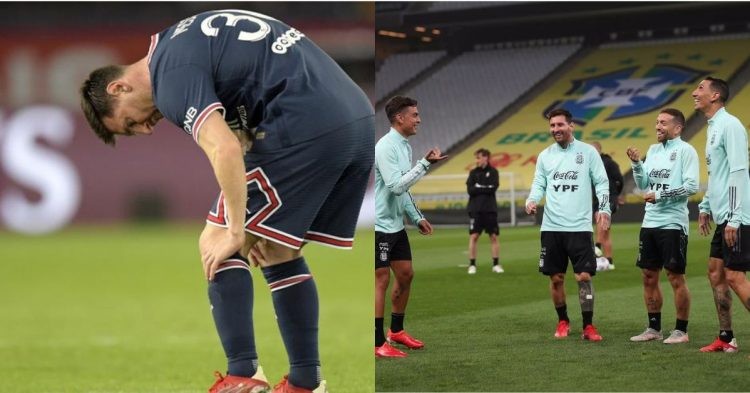 Lionel Messi announced that this World Cup would be his last one. Argentina is one of the favorites for the tournament in Qatar. They have not lost a game since 2019. They have since won the Copa America as well, defeating fellow World Cup favorites Brazil in the final.

Speaking ahead of the World Cup in November, Messi said he is worried about fitness in the Argentina squad. Paulo Dybala is a big doubt for the World Cup along with Angel Di Maria. Maria, however, is expected to make a full recovery before November.

Speaking to DirecTV Sports, Messi said, “Injuries are a worry. This is a different World Cup which is played at a different time of the year to previous tournaments and it is so imminent any little thing that happens to you can force you out.”

Messi was injured for two weeks before he made a return to the starting line-up against Marseille last night. Although he played for 79 minutes, Messi is still concerned about remaining fit until Qatar 2022.

🗣 Leo Messi to @giraltpablo: “Di María and Dybala have plenty of time to recover and get to the World Cup in good shape.” pic.twitter.com/dpkN7vptpb

“With what happened to Dybala and Di Maria, the truth is that personally you worry and you’re more afraid when you see those sorts of things. But they have enough time to get fit for the World Cup.”

Argentina’s injury woes ahead of the World Cup

Dybala enjoyed a good start at Roma under Mourinho but suffered a quad injury against Lecce in the Serie A. Speaking after the 2-1 win over Lecce, Mourinho said, “The injury is bad, it will be difficult for him to play for Roma again until next year.”

There have been reports that Argentina’s manager will select Dybala for the initial World Cup roster, but will make a definitive decision after assessing his injury issues. So there might be a chance of Dybala featuring in the World Cup.

Di Maria suffered a low-grade hamstring injury in Juventus‘ 2-0 defeat to Maccabi Haifa. Allegri remains concerned that star players in Juventus like Di Maria and Pogba are more focused on their fitness for the World Cup than Juventus’ struggles.