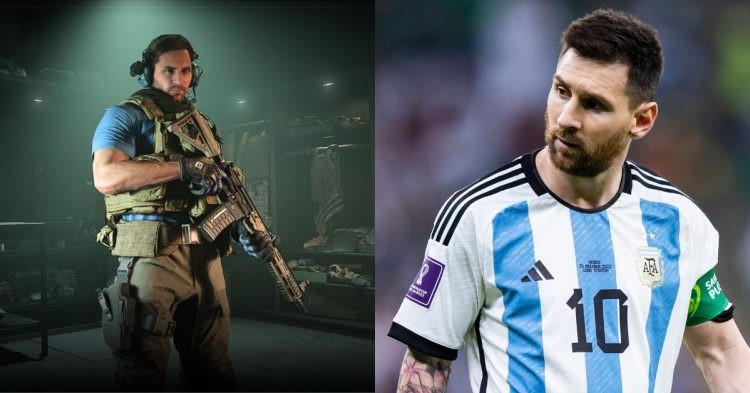 Lionel Messi is one of the biggest names in football. The Argentine has been seen advertising many products all over the world. He recently has become a part of Call of Duty Modern Warfare 2 and Warzone 2. He will be an in-game operable character. The announcement was made by the developers COD, Activision.

Messi will lead Argentina in their third group-stage match against Poland. He has dubbed the game a must-win, and a loss will prove very costly for La Albiceleste. Messi has already scored two goals in this World Cup and is now three goals away from becoming Argentina’s all-time top goal scorer in World Cups. The match begins at 2 pm ET/ 11 am PT on Wednesday.

Some parts of the gaming community were thrilled to see Messi’s introduction to the game. Other gamers had a different reaction to the superstar’s introduction in the game. Fans felt it was a money-motivated move more than anything else. Some were even worried about the impact on children.

I get that everyone plays CoD (even me) and the football link is there but this feels distasteful & exploitative given how many kids love Messi for his football. (HT @M_Rice) https://t.co/ePIzLOVUXG pic.twitter.com/5dp9WpB3aj

Some were unhappy that the skins they had won earlier on in the game would be taken away.

This is f*cking stupid. So, are you saying that we’re losing all of our skins previously bought from Warzone and we have to pay for more skins that we are losing once again when Warzone 3.0 is out? So dumb, not paying for more skins if you’re not keeping them cross saved

Other fans want the authenticity of the game to remain intact. They were opposed to Messi’s introduction into the game and wanted some realism to be used in the game instead.

Again… would rather have these guys. Plus it just makes more since. This is a soldier game. pic.twitter.com/NgsDp35QPi

Football and Messi’s introduction into the game was a promising new idea, but older fans were against this.

Oh, how I miss the gold old days when Call of Duty was only about real soldiers and real war. Not money grabbing, football shilling b.s.

Besides, there have been other footballers who have been included in games. Games like Fortnite have already featured players like Harry Kane and Marco Reus.

Neymar and Pogba join Lionel Messi in Call of Duty

While it was odd to see Lionel Messi in the Call of Duty games, Neymar and Pogba’s introduction faced less backlash. Neymar has been seen playing video games on his Twitch channels. Paul Pogba is also someone who enjoys video games. He has been known to play video games for hours on end with France teammate Antoine Griezmann during the international breaks.

.@paulpogba, @neymarjr, and Messi are suiting up for a new type of game ⚽️ 🎮 🪂#Warzone2 #ModernWarfare2 #CODMobile pic.twitter.com/ANh2pgUpSk

Neymar and Pogba were also introduced into the Call of Duty game as operable characters. The two were added to Modern Warfare 2 which was released on October 28th. The players were later added to celebrate the Word Cup 2022 being held in Qatar. The World Cup is well underway in Qatar, with many spectacular performances from Neymar and Messi already seen by fans all over the world.