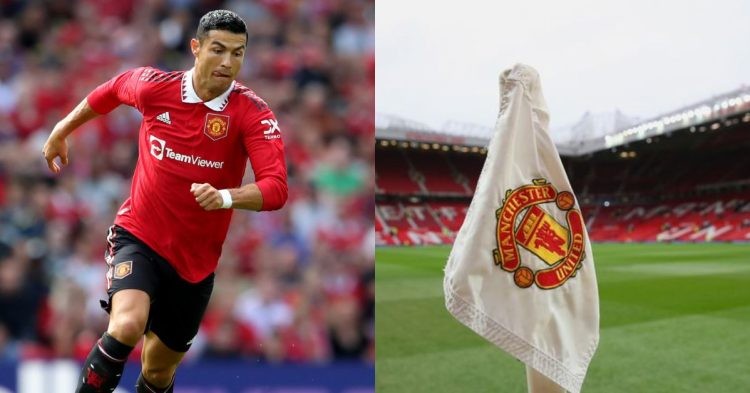 Cristiano Ronaldo shocked the entire world with his interview. For those who don’t know, the Manchester United star has come out with some shocking claims. The fact that he had a go at the United board and the manager Erik ten Hag seems to have upset them as expected.

One of the things that Ronaldo said was that he felt betrayed, and that he did not have any respect for the Dutch coach. It seems like the Portuguese star had let off some steam after being constantly benched by ten Hag this season. This resulted in the former Ajax manager deciding that he wanted Ronaldo kicked out of the club. In addition to that, Ronaldo’s revelations also affected the club as a whole.

Cristiano Ronaldo said during the interview, “Some people didn’t want me here, last year too. The owners of the club, they don’t know about professional football. Manchester United is a marketing club, they get the money from the marketing. They don’t care about the football.”

It is no secret that Manchester United is one of the biggest soccer clubs in the world. They have managed to do well in the commercial aspect, with tickets sold for the Old Trafford stadium, shirt sales, and sponsorship deals. With that said, their share price is currently $13.02, as of November 18th, 2022. If we look at how Ronaldo‘s explosive interview affected the club, we would have to take a look at the prices from a few days prior.

According to Yahoo Finance, a share of the Manchester United PLC cost $13.50 at 9.45 am EST on November 14th. That was the morning of the day Piers Morgan released the first few clips of Ronaldo’s interview. The 37-year-old mentioned that United owners did not care about the football, and only about marketing the club. It seems like this might have had an effect on the club’s share price after that as well.

It’s true that Manchester United are prepared to instruct Cristiano Ronaldo not to return to Carrington after World Cup, this is the plan as things stand. 🚨🔴 #MUFC

This is one of the first steps after the interview — more will follow in the next days. pic.twitter.com/B4gwNUJ54c

Ronaldo’s interview earned him some serious punishment as well. According to reports, the Man Utd board are holding talks to terminate Ronaldo’s contract. This would mean that the 5x Ballon d’Or winner would likely lose $19 million in wages. He earns $613,661 per week through his current contract right now. It is quite clear that Ronaldo has made a huge impact on the club, and his future as a soccer player as well.