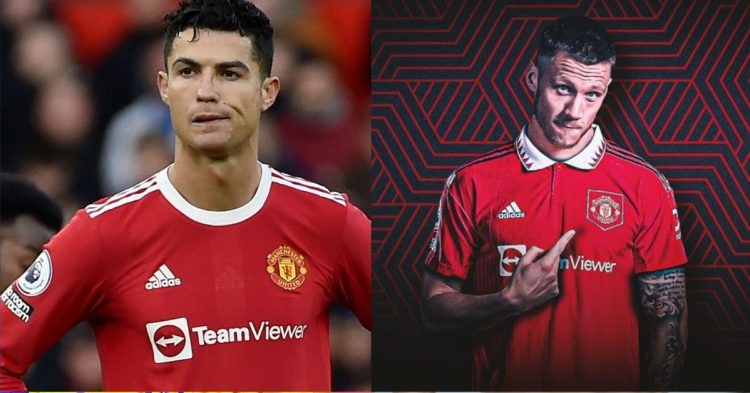 Manchester United was beaten 2 goals to 3 by the league leaders Arsenal on Sunday which resulted in the ending of their 8-game unbeaten run post the World Cup. The game was played at the Emirates Stadium and Arsenal claiming the honors at their home ground meant that the Gunners now have a 5-point gap with 2nd-placed Manchester City.

United was the first team to get on the scoresheet in a 5-goal thriller when Marcus Rashford continued his glorious goal-scoring form after beating Aaron Ramsdale from outside the box. The Gunners had an immediate response in them and equalized after 6 minutes after a well-constructed team goal finished by Eddie Nketiah.

Arsenal started the second half on the front foot which led to Bukayo Saka scoring an absolute world-class goal to beat De Gea and put the Gunners in lead, which didn’t last long as Lisandro Martinez scored a header for the Red Devils to make the game even stevens before Eddie Nketiah scored his second goal of the game in the dying minutes to seal the match for Arsenal and enhance their place as the pacesetters in the Premier League this season.

Manchester United deployed their latest loan signing, Wout Weghorst in a front three alongside the red-hot Marcus Rashford and the Brazillian Antony. The Dutch International didn’t have a good outing in front of the goal but managed to offer something else to Erik Ten Hag’s side than Anthony Martial. Wout had some instances of good link-up play with his teammates and managed to hold the ball up for the Red Devils.

Congrats ⁦@ManUtd⁩ – that’s what happens when you hire an arrogant coach who disrespects the 🐐 ⁦@Cristiano⁩ so badly he leaves – and then replaces him with someone I’ve never heard of who sounds like an Austrian sausage. #Weghorst pic.twitter.com/Gk2rCo9aMw

But British broadcaster Pier Morgan who is a Gunner and a good friend of the ex-United frontman, Cristiano Ronaldo, didn’t leave this opportunity and ridiculed Manchester United and Wout Weghorst. He took a jibe at United head coach Erik Ten Hag by calling him rude and called Wout ‘an Austrian Sausage’.

He tweeted: “Congrats ⁦Manchester United – that’s what happens when you hire an arrogant coach who disrespects the [GOAT]. Cristiano Ronaldo⁩ so badly he leaves – and then replaces him with someone I’ve never heard of who sounds like an Austrian sausage”.

Piers is an ardent supporter of Cristiano Ronaldo who interviewed him just before the World Cup which led to Ronaldo’s contract termination with Manchester United. In this interview. The 5 times Ballon d’Or winner called out Erik Ten Hag for disrespecting him and criticized the United owners and board for not maintaining the club facilities.

Ronaldo recently scored twice in an exhibition match against PSG and was awarded the Man of the Match in the game against the French Champions consisting of Lionel Messi, Kylian Mbappe, and Neymar, PSG won the game by 5 goals to 4 but Ronaldo left his mark on the game playing for the Riyadh XI.

Cristiano made his debut for the Saudi club Al-Nassr on Sunday i.e January 22, 2023 in a Saudi Pro League fixture against Ettifaq. The league leaders finished as the winners of the evenly contested game credit to an Anderson Talisca header. Ronaldo thanked his fans for supporting him all through in his Instagram post after his first win for his new club.