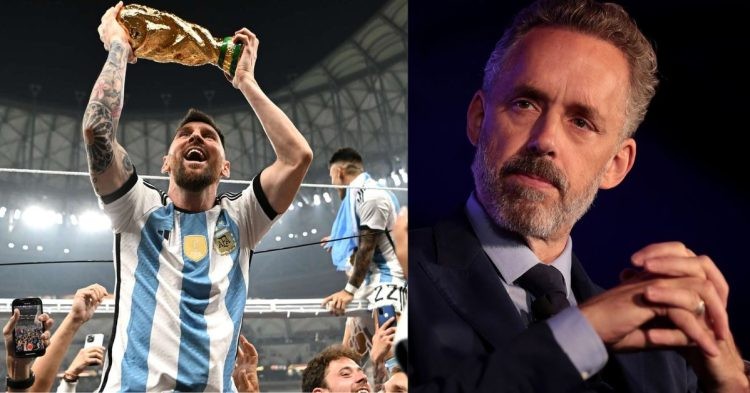 A recent deepfake of Jordan Peterson has gone viral on the Internet.

“Messi doesn’t deserve to win it. He was carried by the referees who gave him five penalties out of seven games. It was rigged for Messi to win,” deepfake Jordan Peterson said.

The disturbingly realistic deepfake of Peterson claimed that the World Cup was rigged for Argentina and Messi. Therefore, Messi’s victory was undeserved. The video also pointed out that the referees helped Messi to win the World Cup by awarding him as many as five penalties throughout the tournament.

Why did Lionel Messi’s World Cup win become the subject of conspiracy theories?

Lionel Messi’s World Cup victory has been questioned by many. Not all fans have perceived Messi’s success to be justified. Many have claimed that the referees and match officials have helped Messi win the World Cup. Argentina was awarded five penalties throughout the tournament, including one in the quarterfinals, semifinals, and final. Many considered the penalty decisions to be debatable.

Most rigged world cup in history of the sport pic.twitter.com/w1ie1XseKT

Not only fans, but many soccer stars also raised their voices against Argentina’s victory. After Portugal was eliminated in the quarterfinals against Morocco, the Portuguese players questioned the referee’s credibility. Pepe, the Portuguese defender, raised questions against the appointment of Facundo Tello, the match official during the game, whose nationality was Argentinian.

The veteran defender said, “It’s unacceptable for an Argentine referee to referee our game. After what happened yesterday, with Messi talking, all of Argentina was talking and the referee comes here to blow the whistle.”

Even Bruno Fernandes, the Portuguese midfielder, complained about the refereeing decisions during the match. The Manchester United star said, “These officials don’t referee in the Champions League, they’re not used to this type of game. They clearly tilted the field.”

However, it would be unfair to brand Messi’s World Cup win as undeserved. Argentina had been consistent throughout the tournament, except for their shock defeat against Saudi Arabia in the opening game.

It was also a fairytale ending for Lionel Messi, who probably played his last World Cup. Thus, a World Cup victory for arguably the greatest soccer player ever seems only justified.