Messi vs. Ronaldo: We Asked the ChatGPT AI to Name the Soccer GOAT 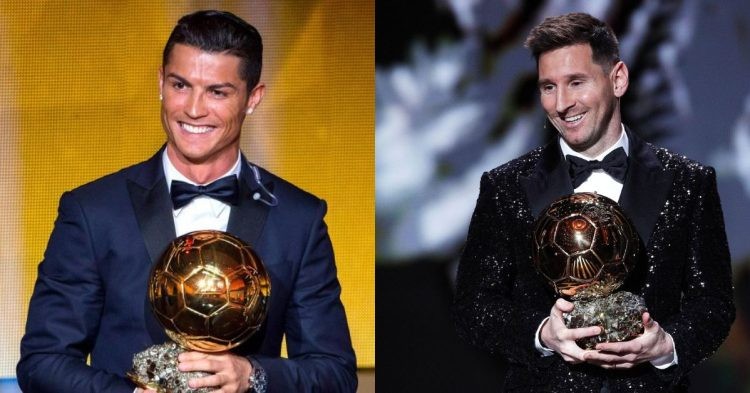 Ronaldo vs Messi? We asked ChatGPT AI to have its say. (Credits: Twitter)

Lionel Messi vs Cristiano Ronaldo is a debate that has been going around the soccer world for almost more than a decade. Humans have had their say in the debate and could not settle it. It is time for Artificial Intelligence to have its say in a question that has rocked the soccer world. So, we asked ChatGPT AI to have its say in Messi vs Ronaldo.

Ronaldo and Messi have had the most successful careers in soccer. Ronaldo, a five-time Ballon d’Or winner, and Messi, a seven-time Ballon d’Or have dominated the prestigious award in the last decade. Both of them have added numerous trophies to their collection.

On this day in Dec 2022, Lionel Messi helped Argentina to win their first World Cup in 36 years and ended the GOAT debate! 🙌🐐 pic.twitter.com/JKK1dO6Skp

Messi has bagged the Champions League four times with Barcelona. He has won La Liga 10 times with the Blaugranas and also won Ligue 1 once with Paris Saint-Germain.

What has made many in the soccer world believe that Messi is, in fact, the greatest of all time, is his recent success with Argentina. He won Copa America in 2021, Finallissima in 2022, and the FIFA World Cup in 2022. His fantastic success with his national team is what evaded him throughout his career, however, he has turned it around.

Lionel Messi vs. Cristiano Ronaldo: Who is the GOAT of soccer?

ChatGPT is a famous AI technology that we used to answer one of the most controversial questions in soccer: Messi or Ronaldo, who is the GOAT of soccer?

ChatGPT is an AI developed by OpenAI. According to OpenAI, ChatGPT “interacts in a conversational way. The dialogue format makes it possible for ChatGPT to answer followup questions, admit its mistakes, challenge incorrect premises, and reject inappropriate requests.”

“Lionel Messi and Cristiano Ronaldo are both considered to be among the greatest soccer players of all time. It is a matter of personal opinion as to who is the “GOAT” (Greatest of All Time).

Both players have had successful careers and have won multiple awards and accolades. Some people might prefer Messi’s technical ability and creativity on the ball, while others might prefer Ronaldo’s physicality and goal-scoring prowess. Both players are still active and at the top of their game, and the debate over who is the GOAT may continue for some time to come.”

• Both have won Ballon d’Or multiple times
• Both have scored +50 goals in multiple seasons
• Both have won trophies with their nation
• Both have delivered unforgettable football moments
The Messi x Ronaldo era will never be repeated 💔#Messi𓃵 #Ronaldo𓃵 #AlNassrvsPsg pic.twitter.com/NPaOjEoudG

We see the AI taking a diplomatic stand and not naming a specific player as better than the other. It stresses the special abilities of Messi and Ronaldo. It also tells us in a way that we should enjoy watching them play while they still are because there might never be such a rivalry in soccer again.