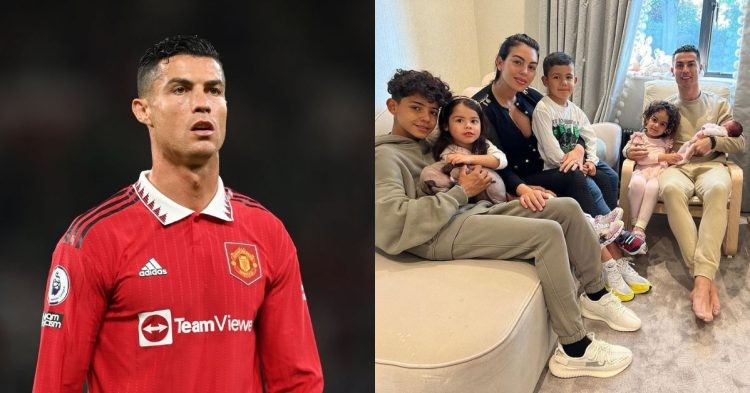 It is no secret that Cristiano Ronaldo has been in the headlines in the last few days. The main reason for that would be his bombshell of an interview with Piers Morgan. In that interview, he claimed that he felt betrayed by Manchester United and its officials. This caused him some backlash, from the manager, Erik ten Hag, who wants to kick him out of the team.

In addition to that, Ronaldo also revealed some shocking details about his personal life. As we all know, the Man Utd striker’s infant son, passed away at birth. It would be safe to assume that the news broke his family’s hearts.

How did Cristiano Ronaldo’s son die?

During the interview “Piers Morgan Uncensored“, CR7 let the world in on how the death of his young son affected his family members. He mentioned that his kids caught on to the fact that only one baby came home with Ronaldo and his girlfriend, Georgina Rodriguez.

Together with that, the former Real Madrid star mentioned that his younger kids. Despite their age, the children understood the fact that Georgina was pregnant with twin babies. However, when the couple arrived with just the baby girl, it left the kids confused. However, Ronaldo claims that he wanted to be transparent with them and mention that “Angel” went to “Heaven”. Angel was the name of Ronaldo’s unborn baby.

One would assume that the death of a family member can affect the happiness of the whole family. And it was no different for Cristiano’s family as well. He mentions that it was a difficult process to deal with the passing of his son after all. His children came up to him and said, “Daddy I did this for Angel”. Moreover, they pointed to the sky, since Ronaldo mentioned that Angel went to heaven.

His son’s passing has helped Cristiano Ronaldo to get closer to his family, most importantly his kids, as he mentions in the interview. He claims that the family developed a sense of solidarity after the death of Angel. Ronaldo has had a tough year since 2021, mainly with his son’s passing and the lack of game time at Man Utd. It seems like he reveals more in the interview with Piers Morgan, including details about his daughter.