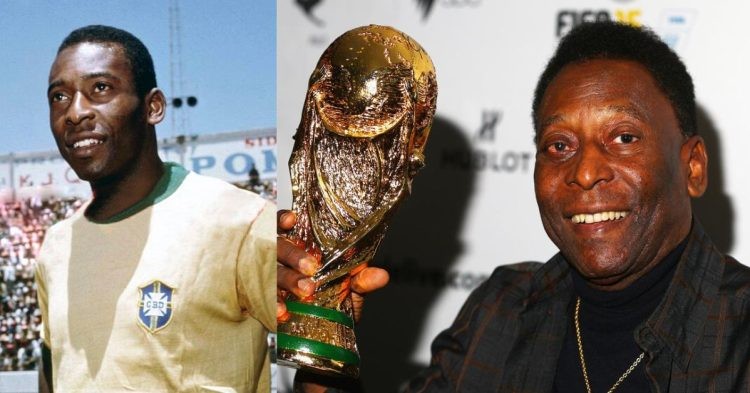 The entire soccer world was saddened upon hearing the news of Pele’s demise a few days ago. Many present and retired soccer stars like Lionel Messi, Cristiano Ronaldo, Kylian Mbappe, Ronaldo, and so on, paid tribute to the Brazilian legend after his passing away. However, not many people know that Pele could have almost died years ago during a train journey.

In his book, ‘Pele: The Autobiography’, Pele talked about a train journey that he undertook in his childhood which almost killed him. The incident took place in 1944 when the 3x World Cup winner was just four years old. Pele’s father, Dondinho, a former soccer player himself, had received an invitation from a soccer club in Bauru, which is a place in the northwest of Sao Paulo.

In addition to playing for the club, Dondinho was also offered the job of a local government functionary. Pele’s family was rather delighted at his job offer since it offered them the financial security that they longed for. Therefore, Pele’s entire family decided to undertake the journey to Bauru. Pele was especially excited since it was the first train journey of his life.

“I was so curious to see the front of the train and the plume of smoke from the engine that I leaned out too far and would have fallen had it not been for my father. He yanked me back to safety, under a gaze from my mother that reproached me for my irresponsibility.”

As per Pele’s words, “My time on this earth could have ended right there. But God was keeping an eye on me. ”  Although nothing serious happened, the incident was enough to keep the former Santos star quiet for the rest of the journey.

How did Pelé die?

After escaping from a near-death situation at the young age of four, Pele went on to become one of the greatest soccer players of all time. The Brazilian talisman won three FIFA World Cups and went on to win numerous titles with his club, Santos FC. Unfortunately, The King passed away on December 29, 2022, after battling colon cancer for months.

Brazil pays tribute to Pelé as the football legend watches the World Cup from his hospital bed!

After the Brazil vs. South Korea Round of 16 match at Stadium 974 on December 5, 2022, in Doha, Qatar, Brazilian athletes gather and hold a banner in honor of former player Pele. pic.twitter.com/mpE9gAUsLW

After being diagnosed with cancer in 2021, Pele underwent surgery and chemotherapy, but he didn’t respond to the treatments. Pele was again admitted to the Albert Einstein Hospital in November 2022, during the ongoing FIFA World Cup 2022.

He was transferred to the palliative care unit in December. Finally, on December 29, the Albert Einstein Hospital let out a statement confirming the news of Pele’s death from organ failure due to the progression of cancer.