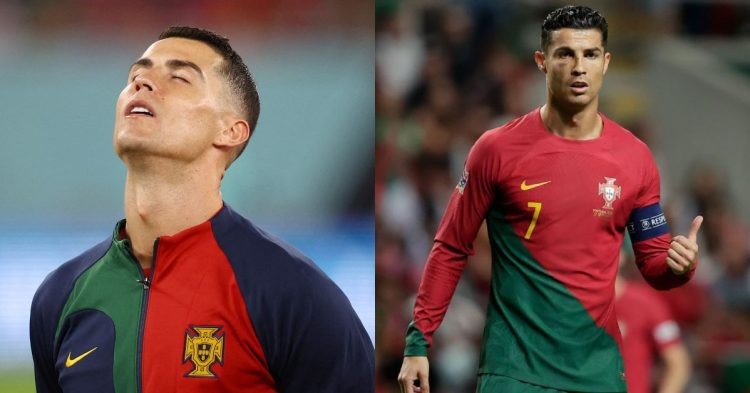 Cristiano Ronaldo is currently in Qatar playing in his fifth World Cup. The Portuguese terminated his contract with Manchester United last month, following a controversial interview with Piers Morgan. He has failed to impress with Portugal in the World Cup, despite having played all three games for them so far. Portugal face Switzerland in the round of 16 today.

Al Nassr official proposal to Cristiano Ronaldo is on the table, as called last week. €200m per year until 2025, but including sponsor deals. Documents are being checked. 🚨🇵🇹🇸🇦 #Ronaldo

There’s still nothing signed, agreed or approved by Cristiano. Focus is on the World Cup. pic.twitter.com/FUTxOnoDI7

He has been linked with a move to the Saudi Arabian club Al-Nassr after the World Cup. Reports from Spanish outlets have indicated that Ronaldo would sign a two-and-a-half-year deal with Al Nassr. The deal would be worth around $200 million per year. The reports also indicate he would start playing in Saudi Arabia in January.

Cristiano Ronaldo is focused on the World Cup

Ronaldo has always said he is focused solely on the World Cup. He is playing in his fifth World Cup and is a veteran in the Portuguese squad along with Pepe. He is captaining the Portuguese side this World Cup but could be stripped of this role after his outburst against South Korea. Portugal’s manager Fernando Santos was left unimpressed by Ronaldo’s antics as he was subbed off.

Cristiano has a great record against the Swiss! Can he get his first World Cup KO goal tonight and help put Portugal into the QFs? pic.twitter.com/OFtn40QeOA

Portugal will play Switzerland in their first knockout game of the World Cup. Switzerland played out a thrilling 3-2 win over Serbia in their final group-stage game. Portugal are favorites to win the game, but Switzerland should never be underestimated. Portugal’s in-form man Bruno Fernandes will be under the spotlight yet again, but the pressure is on Ronaldo to deliver after a poor season so far.

Al-Nassr is the only deal on the table

Fabrizio Romano provided an update on the whole Cristiano Ronaldo situation following his departure from Manchester United. He confirmed Al-Nassr’s bid for Ronaldo on a two-and-a-half-year deal until 2025. Part of the $200 million Ronaldo would earn is not guaranteed salary but would come as a part of commercial deals. The deal is not yet completely signed and done.

Al Hilal had a similar bid for Ronaldo in the summer which he rejected. This club cannot sign players in January, and hence only Al-Nassr’s bid is on the table for Ronaldo at the moment. Romano said, “As of now, there are no bids from European clubs, but Cristiano is still waiting to approve the deal.”

Al-Nassr are confident of signing Ronaldo, despite his wanting to play in elite European competitions. But any deal is still possible between Ronaldo and some European clubs. He is not only a big player on the pitch but a huge commercial commodity as well.