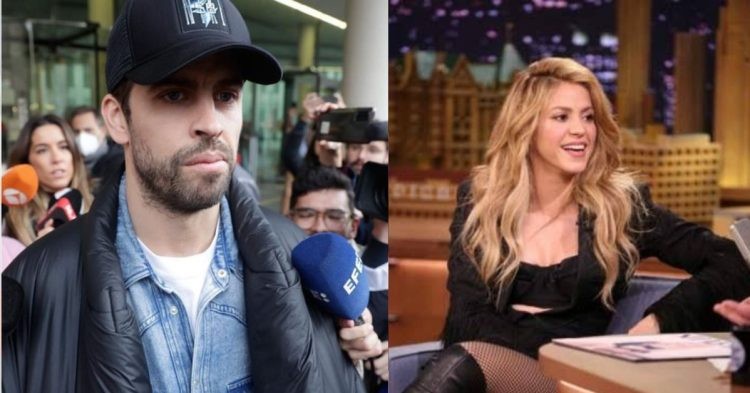 Jordi Martin is a Spanish journalist who in his own words, “specializes in the topic of Pique and Shakira.”

This is no ordinary journalist. He is the man responsible for breaking the news of Gerard Pique‘s unfaithful acts, which ultimately led to the break-up of one of the most prominent relationships of our time.

In an interview, Martin revealed several details about the relationship. He claimed that from the very beginning, Pique and Shakira had an expiry date. The journalist, during the interview, placed the bulk of the blame on Pique.

He revealed that the former FC Barcelona defender commenced his relationship with Shakira right after the 2010 World Cup. During their relationship, he said, Pique was unfaithful on several occasions, going as far back as his involvement with Leonardo Di Caprio‘s ex-girlfriend, Bar Rafaeli.

Martin claimed that he shares a good relationship with Rafaeli and the Israeli model revealed that she used to be in attendance at Camp Nou just to get a glimpse of Pique.

The paparazzi also mentioned instances of Pique being unfaithful on several other occasions. He said that there were only a handful of nightclubs in Barcelona where the cream of the cream went to parties. As per his interview, he claims that he received many tips from sources who witnessed Pique’s unfaithful acts in such places.

While answering the question of how Pique was able to get away with it for many years, he revealed that Pique was a smart and calculative man who planned his affairs quite stringently and that’s how he managed to keep it a secret.

As per the Spanish paparazzi, Pique gave sophisticated instructions to his lovers.

Shedding light on these techniques, he mentioned a few things. No hand-holding in public places, laying low, selecting random places to meet, separate entry and exit points, and other such tactics were used by the ex-Spanish soccer star to keep his affairs going.

Martin also opened up about his sour relations with Pique, calling him out for being arrogant and rude.

He also expressed surprise as he expected Shakira for being the intelligent woman he believes her to be, to catch on to Pique’s shenanigans.

How did Shakira catch Pique cheating?

It is rumored that Shakira might have known what her husband was up to for a while before confronting him.

The couple’s fans caught onto it after a Mother’s day post by Shakira didn’t feature her husband.

Some fans even went so far as to link the lyrics of her single Te Felicito to the situation of her home.

The lyrics went: “To complete you, I broke into pieces. They warned me, but I didn’t listen.” “Don’t tell me you’re sorry. That seems sincere but I know you well and I know you lie.”

Ultimately, though, it seems she confronted him and a few days later, in a public announcement, the pair decided to part ways “mutually.”

Recent reports of the pair not sleeping and living together even before the confrontation have added fuel to the fire. However, more reports mentioning Pique’s late-night parties since the split and rumors of Shakira’s new boyfriend Gorka Ezkurdia, have overshadowed all else.