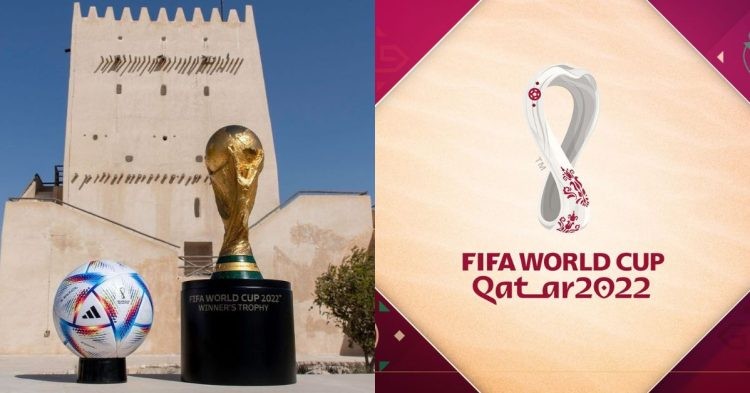 On November 20, 2022, the 2022 World Cup is scheduled to kick off in Qatar. Possibly the biggest and most prestigious football competition is the FIFA World Cup.

For many renowned footballers, it is certainly the conclusion of a glorious era. Many players, including Lionel Messi, Cristiano Ronaldo, Luis Suarez, Neymar Jr., and others, will compete in their final World Cup.

Paul Pogba is yet to make an appearance this year after signing a new contract with Juventus from Manchester United. The midfielder has been struggling with injuries for the whole year now.

Paul Pogba will miss the Qatar 2022 World Cup due to new injury, confirmed by his agent Rafaela Pimenta. 🚨🇫🇷 #Pogba

Pogba has not played one single official game with Juventus since he signed the contract last July. pic.twitter.com/nn13g6xGIX

Pogba hasn’t played a single game for Juventus this season, who have struggled a lot in Europe as well as domestically this season.

The Frenchman was scheduled to return to action after recovering from a knee injury. But, unfortunately, in rehab, he picked up a hamstring injury. He is set to miss the 2022 Qatar World Cup for France.

Reece James is set to miss the 2022 Qatar World Cup due to a knee injury. The defender has been in red-hot form for Chelsea this season.

With the incoming of a new manager, James has really improved his game a lot. Suitable for the right-back as well as the right wing-back position, he is a continuous threat on the right side of the pitch.

Unfortunately, he picked up a knee injury in a Champions League game against AC Milan. So, England International is set to miss the Qatar World Cup 2022.

After achieving the accolade in 2018 with his international team, N’golo Kante will not be a part of the France squad for this World Cup.

France landed a heavy blow when the Chelsea midfielder was ruled out of the World Cup due to a hamstring injury.

N'Golo Kanté and Paul Pogba will really not be at the 2022 FIFA World Cup in Qatar😢#CitiSports #Qatar2022 pic.twitter.com/YDzjGfrbPN

This is a massive blow for France, as they will miss the experience and work rate of Kante in the middle of the pitch. Eventually, he will not be a part of the 2022 Qatar World Cup.

Diogo Jota, has been the most clutch player for Liverpool as well as Portugal for the previous season. He is set to miss out on this year’s FIFA World Cup.

The Liverpool talisman was almost ready to play in the first World Cup this year. He was expected to start alongside Cristiano Ronaldo in the Portugal line-up.

The forward picked up a calf injury in a compelling match against Manchester City at Anfield. Subsequently, as a result, he is ruled out of the 2022 Qatar World Cup.

Gini Wijnaldum was the charismatic figure in Liverpool’s scintillating comeback against FC Barcelona in the Champions League at Anfield.

Since then, everything has gone haywire for the Dutch International. A typical season at PSG and then eventually signing for AS Roma Wijnaldum has been struggling with injuries and a lack of form this season.

He is set to miss out on the 2022 Qatar World Cup for the Netherlands due to a broken leg injury.

Timo Werner has signed a loan move to his former club RB Leipzig from Chelsea this summer.

The German international didn’t settle well in the rigid Chelsea squad. However, he is excelling in the Bundesliga for RB Leipzig.

Unfortunately, Werner picked up an ankle injury on Wednesday night in a Champions League game. He is set to miss the 2022 Qatar World Cup and will not be part of the German squad.

The Ballon d’Or winner of 2022, Karim Benzema, is ruled out of the World Cup due to a thigh injury.

Benzema this season has been struggling with a lot of injuries and has had an in-and-out season with the Los Blancos. Eventually, he will go through surgery and miss out on the biggest event in football this year.

This news has been a massive setback for France. They will be deprived of their star players in this edition of the FIFA World Cup.

Sadio Mane was added to the 26-man squad for Senegal to participate in the FIFA World Cup 2022 in Qatar.

Unfortunately, before the World Cup, he suffered a leg injury while playing for Bayern Munich. He will go through surgery and miss the FIFA World Cup 2022.

The RB Leipzig talisman who was called for the FIFA World Cup 2022 for his national side France, will miss the World Cup.

Nkunku suffered a leg injury while training with the France squad just a week before the World Cup. Unfortunately, for him, his dream of representing France in the World Cup is over.

The Argentine midfielder suffered a knock while playing for his club, Villarreal, in La Liga. Lo Celso, until last time, was a doubt for the Argentine boss, but he couldn’t make it into the squad.

Lo Celso will miss the FIFA World Cup 2022 for Argentina as he suffered a hamstring injury. He will undergo surgery and be optimistic about being back for his side Villarreal after the World Cup.

The English left-back will miss the FIFA World Cup 2022 due to a hamstring injury. Chilwell suffered a knock to his hamstring in a Champions League game for Chelsea.

Unfortunately, for him, he will go through treatments and won’t make it into the England squad for the World Cup.

The Inter Milan striker, after being called up for the World Cup for Argentina, will not participate in the tournament.

Correa was in the 26-man squad for Argentina but suffered a knee injury in training. Unfortunately, he will go through surgery and is set to miss the FIFA World Cup 2022.

Mexico, who will be competing in Group C in the World Cup, will miss their talisman Jesus Corona due to an injury.

The Mexican international was suffering from a broken leg injury and couldn’t recover in time. Unfortunately, he is set to miss the 2022 FIFA World Cup for Mexico.

Another player who has been ruled out of the World Cup for Argentina is Nico Gonzalez. He suffered a muscle injury while training with the national squad.

Nico was one of the brightest and youngest prospects for Argentina in this tournament. Unfortunately, he will go through treatments and miss the FIFA World Cup 2022.

Luis Enrique and his young Spanish squad landed a huge blow when Mikel Oyarzabal was ruled out of the FIFA World Cup for Spain.

Oyarzabal has been one of the most important players in the Spain squad in recent tournaments. Unfortunately, he suffered an ACL injury while playing for Real Sociedad in La Liga.

Marco Reus is set to miss the FIFA World Cup for Germany once again this year. Reus wasn’t included in the Germany squad for the World Cup.

The German international suffered an ankle injury in a Champions League game with Borussia Dortmund. He was set to recover before the World Cup, but he couldn’t.

As a fact, he is once again missing the World Cup for Germany, like he did back in the 2014 FIFA World Cup.