Poverty Took Away Pelé’s Wings, But a Tragic Encounter with a Dead Pilot Propelled him to Greatness on the Soccer Field 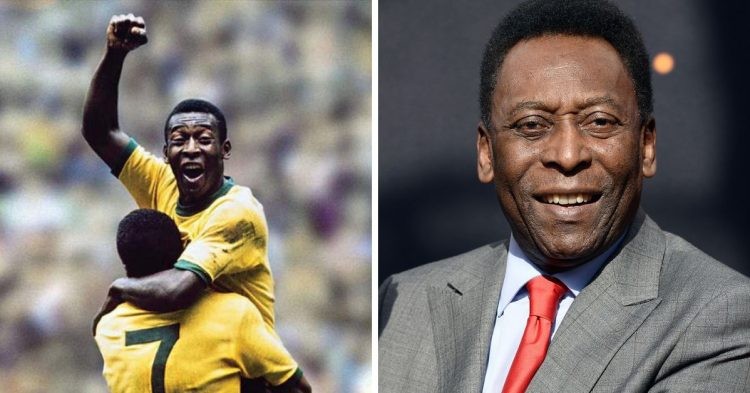 Pelé, one of the most iconic soccer players of all time, rose to greatness despite a poverty-stricken childhood. Born Edson Arantes do Nascimento in 1940, Pelé grew up in a small Brazilian town with his father, a former professional soccer player, and his mother, a housekeeper. His family was so poor that Pelé often had to scavenge for food in the streets and even resorted to stealing at times.

Despite his poverty, Pelé had a passion for soccer that was evident from a young age. He began playing professionally at just 15 years old and quickly became famous for his skill and passion for the game. He was known for his ability to turn a seemingly impossible situation into an opportunity for success.

Despite his success, Pelé’s childhood poverty still affected him even as an adult. He was often targeted by wealthy clubs who wanted to buy him out of poverty, but Pelé was never willing to sell out his talents. He refused all offers and instead chose to stay true to his commitment to the game and his team.

In addition to his amazing goals and artistry on the field, Pele’s life was an incredible story of its own. He had originally wanted to become a pilot, but after a tragic accident, he was pushed onto the path of soccer. It was after witnessing his father crying at the 1950 World Cup Final between Brazil and Uruguay at the Maracana that he realized the power of the sport.

In the book, “The Boy from Bauru” Pele said: “I went to look at the scene of the accident close-up, naughty and curious, eager not to miss anything. As if that wasn’t enough, my friends and I then went over to the hospital where the autopsy was taking place and saw the dead pilot laid out on the slab through a dirty window.”

Not only did it change the course of his life, but it also changed those around him. At one point, teams from Europe were clamoring to play against Santos, his team. From being featured in a video game to stop a war in Nigeria to being referred to as a National Treasure, Pele’s legacy was truly remarkable.

Pelé’s story is a testament to the power of perseverance and determination. He rose above his poverty-stricken childhood to become one of the greatest soccer players of all time. His life is an example of what can be achieved if you never give up, no matter the odds. Pelé’s greatness on the soccer field was a symbol of hope for the world and a reminder that even in the darkest of times, greatness can still be achieved.

How Much Prize Money Will the Australian Open 2023 Champion Get?