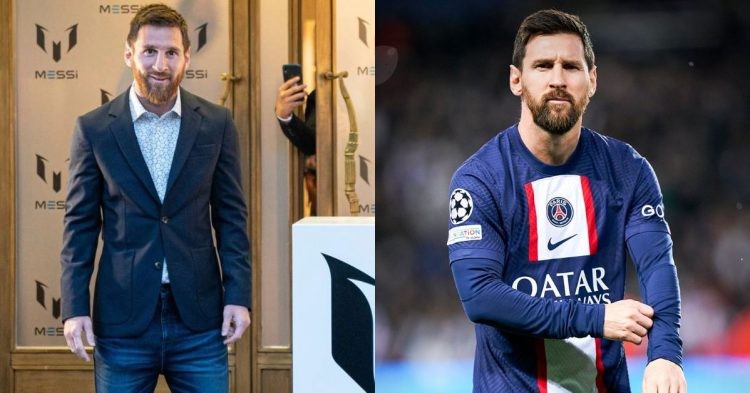 Lionel Messi is one of the biggest athletes in the world. With the help of his magical ability for the beautiful game, he has built an empire for himself both on the pitch and off it. The PSG superstar has his clothing line named “The Messi Store”. He is one of the highest-paid earners among athletes in all sports categories.

Recently, Messi revealed his vision for the future after announcing that he will be part of a Silicon Valley firm. It will be called “Play Time.” A while ago, he said, “I am excited to extend our roots into Silicon Valley, and I am thrilled that Play Time will collaborate with daring entrepreneurs from all over the world.”

Messi’s latest venture will be headquartered in San Francisco. The most exciting part about the new firm is that it will be overlooked by Razmig Hovaghimian and Michael Marquez. Both of them have plenty of experience to be running the soccer legend’s new journey.

In addition to that, Play Time has also started Matchday.com. It is a soccer-related venture that is a stealth-mode games studio. The studio will be launching before the FIFA World Cup 2022 in Qatar starts in November. If that wasn’t enough, Messi’s new company also holds a stake in AC Memento already. For context, AC Memento is a site that auctions match-worn shirts digitally with a Digital Certificate of Authenticity.

What does it mean for the vision of Lionel Messi and his future?

As we all know, Messi is arguably the greatest soccer player of all time. The Argentine forward has won many prestigious accolades, including 7 Ballons d’Or and 4 UEFA Champions Leagues. He has made a fortune during his illustrious career. According to various reports, Messi’s net worth is around $600 million.

Messi revealed a while ago that the World Cup this year would be his last. Although he has come back from international retirement before, it seems like his time with Argentina might be over. That automatically brings us to the thought that his career is coming to an end sooner than we’d like.

Messi has claimed in the past that it is unlikely for him to be a coach after his playing career. Considering his new venture in the sport, it seems like his vision is clear. We might see the soccer legend expand his horizon and move on to the corporate world after he retires from soccer permanently in the future.