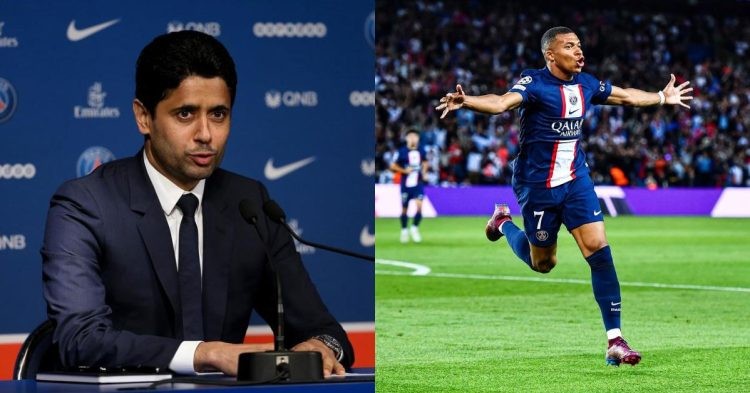 Kylian Mbappe is currently one of the biggest soccer stars in the world. Since breaking onto the stage with AS Monaco, he has become one of the best players. After he scored 27 goals in 60 games for Monaco, PSG bought him for more than $175 million (180 million euros).

Since joining PSG, Mbappe has taken huge steps in his career. He has been nominated for the prestigious Ballon d’Or awards, went to the UCL final with PSG in 2019, and many more. The heights he reached as a player attracted the attention of European royalty, Real Madrid. Mbappe himself teased the move to Madrid on multiple occasions, often addressing it as “A dream”.

However, it all came to end after months of rumors and reports as he signed a new contract with PSG. He received plenty of hate from soccer fans all around the world for prioritizing money. Speaking of money, Mbappe’s new contract is said to be the most lucrative in the game’s history.

How much does Kylian Mbappe earn at PSG?

Mbappe will be earning about $640,000 per week in Paris, according to various reports. However, the add-ons and signing-on fees that Mbappe received are still undisclosed. His deal with the club has prompted many to speculate on the figures.

Kylian Mbappé will earn €630 million at PSG if he remains for the duration of his contract until 2025, per Le Parisien.

Recently, a French news outlet claimed that Mbappe will be earning about $620,000,000 for the 3 years he committed to. However, according to Fabrizio Romano, PSG has decided to bury these rumors and is considering taking legal action against these news outlets.

“PSG confirms story is completely wrong with not a single detail being correct”, statement says.

“In relation to the sensationalist information published by a media outlet about one of our players, PSG wish to make clear that this story is completely false and not a single detail is correct,” the statement mentioned.

Contracts in the soccer world have been rising day by day. And it seems to be the case with Mbappe as well. The real and exact figures about his contract are still unknown. However, according to various reports, the club offered Mbappe some say in the club’s operations as well. As we all know, this was to ensure Mbappe stayed at PSG by rejecting Real Madrid in the summer.