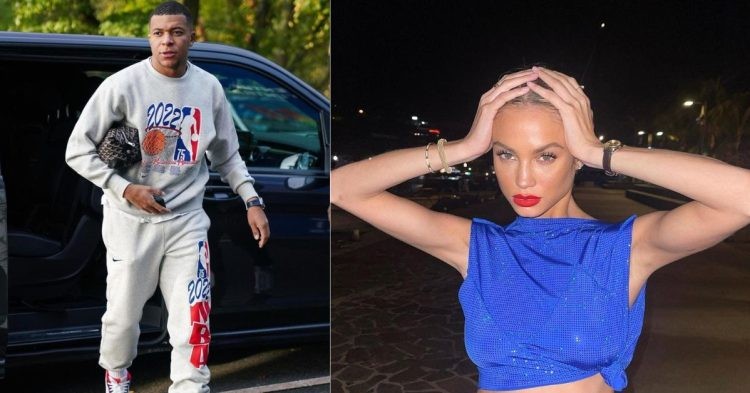 Kylian Mbappe has received superstar status despite being only 24. Naturally, people directly or indirectly associated with him are bound to get media attention. Especially if that person is rumored to be in a secret relationship with the soccer star, currently Rose Bertram is getting the spotlight everywhere.

Kylian Mbappe was allegedly in a relationship with Ines Rau for more than half the year 2022. After one public spotting of Ines and Kylian, reports suggested that the Frenchman has broken up with her. Since the World Cup final defeat back in December 2022, he has been rumored to be with Rose Bertram. Reportedly the 28-year-old Belgian was present in Qatar supporting Mbappe and France.

The rumors of them being together were buzzing in every corner of the media. Things took a turn in the wrong direction when the Belgian model was accused to entrap Mbappe with a child. Reports suggested that Rose was trying to conceive a child with the PSG superstar in order to have a secure future.

Rose Bertram finally had enough of the rumor, which was causing her subject to massive hate by soccer fans. She came out on her Instagram account denying those media rumors and bashing them critically. Rose claimed that the media is spreading these fake rumors for their fun and some extra clicks and even went on to call them ‘pure evil.’, however, she ended the post with a positive plea.

Kylian Mbappe is extremely professional and knows how to keep his personal life private. Despite major media reports he has never accepted nor denied any of those by himself. It was the first time either Mbappe or his rumored partner reacted to any media report. Although, the accusation of Rose was no joke, that too, without any evidence.

Surely there’d have been more comments if Rose hadn’t turned her comment section off. Hopefully, she doesn’t get any more negativity for any reason.