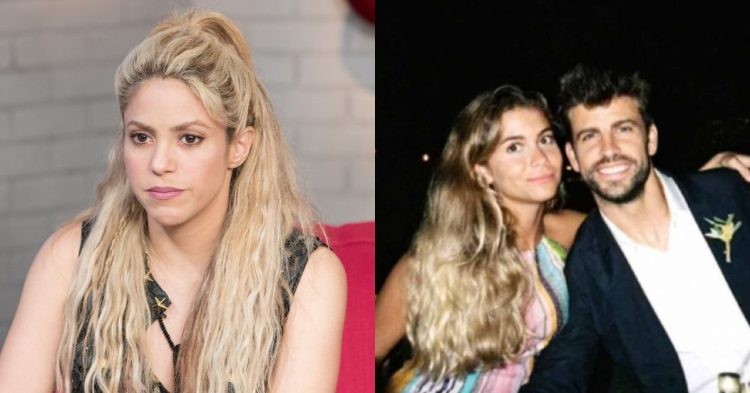 In a new development regarding the Shakira and Gerard Pique turmoil, a few media houses report that the Colombian singer found out her ex was cheating on her through an empty jar of jam. A jar of strawberry jam was found empty at her house even though Pique or her kids do not like jam.

Shakira, 45, and Pique, 35, called it quits on their relationship in the summer of 2022. Their official statement to Reuters on June 4, 2022, “We regret to confirm that we are separating.” They reportedly separated because Pique was caught cheating on Shakira with Clara Chia Marti. Since this separation, they have been continuously making life difficult for each other.

It started with the legal battle for custody of their children. Shakira won it after a very long meeting. Later, Shakira was caught up in a tax evasion case. Allegedly, Pique had a hand in Shakira being roped into this case. The couple has also been indirectly attacking each other. Shakira released an apparent diss track with Argentine rapper and producer Bizarrap.

In the chorus of the song called ‘Bzrp Music Sessions, Vol. 53’, Shakira sings: “A she-wolf like me ain’t for dudes like you. I’ve outgrown you and that’s why you’re with a girl just like you.” However, in the next verses, Shakira lets it rip: “I do this for you to mortify, chew and swallow, swallow and chew. I’m not coming back to you, even if you’re crying or begging.”

She even fired shots at Clara saying, “You traded a Ferrari for a Twingo. You traded a Rolex for a Casio.” Pique responded to this by publicly appearing wearing a Casio and driving a Twingo.

How did a jar of jam help Shakira find out Gerard Pique was cheating on her?

It is rumored that Pique and Clara started seeing each other before the former FC Barcelona player ended his relationship with Shakira. The Colombian singer herself had hinted at the adultery in her music. In her video for ‘Te Felicito, she opens a refrigerator and finds the head of, Rauw Alejandro (the song’s collaborator). From this people deduced that she found the “truth in the fridge”.

Shakira deduced Piqué was cheating on her after she returned from traveling to find that her strawberry jam was eaten.

Piqué has never eaten jam in his life. pic.twitter.com/2OpKhkP7ih

Now, it is being reported that, in fact, that was the case. Upon returning home from a trip, Shakira found an empty jam jar. Neither Pique nor her kids, Sasha and Milan, like the preserve, according to multiple South American news outlets.

ShowNews Today reports that the singer deduced that Pique was “cheating.” This is because it was unlikely that Pique ate the jam as he does not like it.