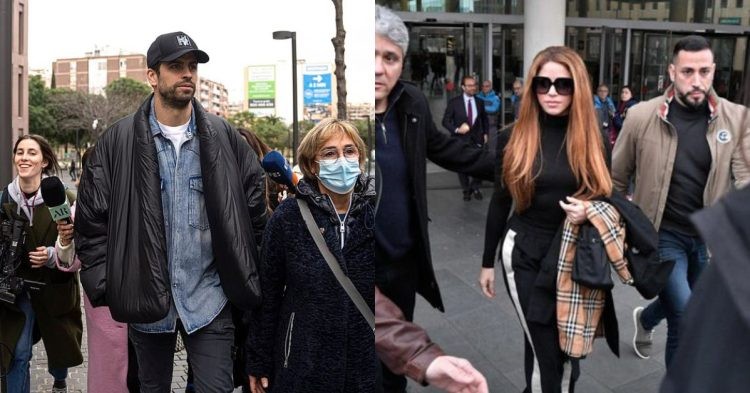 Gerard Pique and Shakira have been involved in a months-long break-up saga. However, the saga seems to have come to an end decisively this week.

Recently, they resolved the most sensitive issue of their separation. The issue of the custody of their 2 children, Sasha and Milan.

Reports have suggested that the former FC Barcelona defender has agreed to hand over custody of the children, to Shakira. The same reports also suggest that the children will move to live with their mother, Shakira, in Miami.

Now, it seems that after the issue of child custody has been agreed upon, the pair attended court proceedings in Barcelona. Even though they were spotted entering and exiting the courtroom at different times, it can be estimated that they spent approximately 15 minutes together in the company of one another, of course, accompanied by the legal representatives and the Judge who was to preside over the adjudication.

After the meeting, the most pertinent question related to the contents of the settlement was. However, it seems that aside from the parties to the suit and their lawyers, only the judge will be privy to the details of the case and the settlement that was arrived upon. This is because the parties agreed to sign a non-disclosure agreement.

A non-disclosure typically imposes some sort of financial or legal burden on the parties, should they break the agreement.

This has supposedly been done by the parties to protect the details of their children. It was, therefore, agreed upon as the best course of action. This way, the privacy of the parties as well as their children is sure to be intact.

The only available information on Shakira and Pique’s separation agreement

All gossip aside, there seems to be only one piece of information deemed relevant to the case.

It has been reported in several Spanish media outlets, including Marca, that their children will fly to Miami.

Pique agreed to pass on the custody of his children to Shakira. Now, as per reports, Milan and Sasha are set to spend Christmas in Miami with their maternal family.

Other than that, both Shakira and Pique, are reportedly in the process of moving on from the incident. Reports of Shakira dating her surfing instructor have surfaced. At the same time, the former Spain defender’s dalliance with Clara Chia Marti has also been publicized.