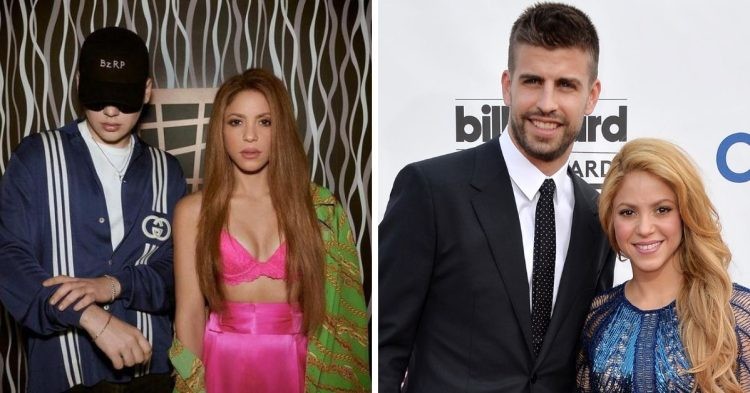 Reports suggest that Shakira has earned a substantial sum of money from her break-up song about her former partner, Gerard Pique. The internationally renowned singer and the Spanish soccer player split last year and the separation has been a much-talked-about event.

Lately, Shakira has released a song that openly criticizes her ex and it is said to have earned her a large financial reward. In collaboration with Argentine producer Bizarrap, ‘Music Sessions 53’ has achieved a remarkable 127 million views on YouTube.

The Colombian singer alluded to former Barcelona defender Gerard Pique and his young girlfriend, Clara Chia Marti in her lyrics, “I’m worth two 22-year-olds. You traded a Ferrari for a Twingo. You traded a Rolex for a Casio.” According to MARCA, the 45-year-old star has earned a substantial amount of money from various streaming services for her latest song.

Wow! Can’t believe this! Number one for three days!!? Thanks so much for the support ❤️ 3 días consecutivos número 1? Es increíble! Gracias a todos por el apoyo que me dan! ❤️ https://t.co/H9b4u0DHPX

It is reported that Shakira has generated an impressive sum of $2.5 million from the streaming services of YouTube, Amazon Music, Spotify and Apple Music. Additionally, her single ‘Te felicito’ is said to have earned her a whopping $10 million. And with the release of her recent track ‘Monotonia’ featuring Ozuna, it is estimated that she has made an extra $15 million for music about her past relationship.

Gerard Pique claps back at Shakira

After eleven years together, Pique and the pop star Shakira ended their relationship last summer. Shakira then created a stir when she put out the album, ‘Shakira: Bzrp Music Sessions, Vol 53’, which seemed to be a jab at her ex-partner. In the song, she sings, “I’m worth two 22’s. You traded a Ferrari for a Twingo. You traded a Rolex for a Casio”, and the music video has been viewed 123 million times in the four days since its launch.

Pique is used to having fancy cars, but he showed up to a recent event in a small Renault Twingo and was all smiles about it. This isn’t the first time he’s made a response to Shakira’s song either. Pique, the head of Kings League, a 7-a-side league made up of 12 squads of ex-players and Spanish VIPs, happily proclaimed that Casio had become a sponsor of his team, another sign of the impact of Shakira’s song.

People on the stream, including Sergio Aguero, began to laugh uproariously and when asked if this was a joke, Pique began to distribute the watches to the other live streamers. Clara Chia, Pique’s current significant other, responded to the song by posting a yawning emoticon on her Instagram stories, though she later removed it.