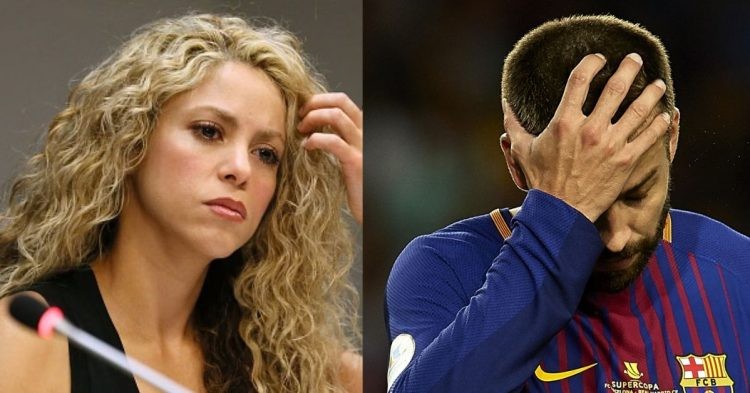 Shakira is in turmoil due to a resurfaced video (Credit: Goal.com)

Shakira is a Colombian musician who has gained success in both the Spanish and English-speaking markets. By the early 2000s, she had established herself as one of the world’s most successful Latin American recording artists. Shakira has been in the eyes of the public due to her explosive separation from her ex-partner, Gerard Pique. An old video resurfaced that put the singer in a state of frenzy.

Gerard Pique is a Spanish footballer who currently plays for FC Barcelona as a central defender. In 2022, he retired from his professional football career with Manchester United.

Shakira and Pique met each other for the first time back in 2010 during the filming of the “Waka Waka” music video. The official song of the 2010 FIFA World Cup brought the two together.

Shakira and Gerard Piqué break up after 11 years together, the couple confirm in a joint statement:

“We regret to confirm that we are separating. For the wellbeing of our children, who are our highest priority, we ask that you respect their privacy,” pic.twitter.com/koZho89bN1

The recovered video clip is from Gerard’s interview at his house in 2021. It was captured in his home, which he shared with Shakira, and they were allegedly “happy together” at the time, according to Page Six.

According to a source close to the artist, she is devastated to learn that “this woman (Clara) felt at home in the house they shared with their children.”

“It’s heartbreaking for her to find that this romance has been going on for much longer than she anticipated,” the insider continued.

🚨 Shakira caught Gerard Piqué cheating on her with another woman. They will separate soon. For weeks, Piqué has been living alone in an apartment in Barcelona.

For those who are unaware, Pique and Shakira divorced last year after 11 years of togetherness.

They lived together for eight years in Barcelona, Spain, but the singer wanted to move back to Miami with their children. Shakira acknowledged the divorce as “very tough” in a September 2022 Elle digital cover story.

Shakira’s divorce from Gerard Pique remained one of the year’s most talked-about topics. After 11 years of togetherness, the couple divorced. Gerard Pique was on Shakira’s fans’ radar once the news of his adultery appeared online, and he received a lot of hate.

In 2021, Gerard Pique conducted a zoom interview, and fans noticed something bad in retrospect. While the soccer star was speaking, a woman was seen strolling through the frame behind him.

As the video went viral, viewers quickly realized that it was not Shakira. Apparently, the Hips Don’t Lie singer was out of town at the time.

According to sources, Shakira was ‘devastated’ to learn that this woman plainly felt at ease in the home they shared with their children. They may appear to be over, but Shakira’s followers are not!