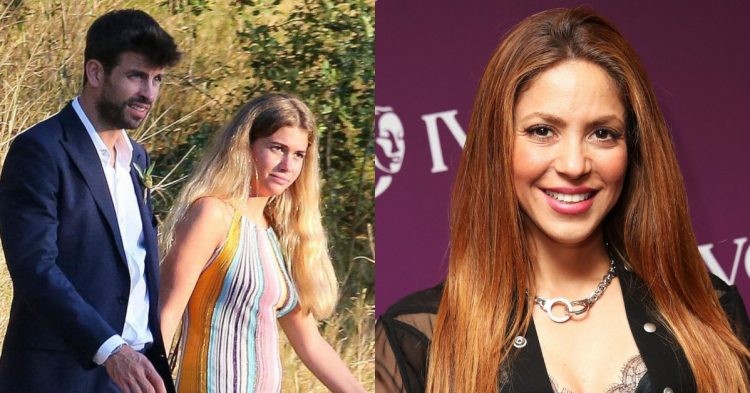 Gerard Pique is not having the best of times in his professional career as of late. In Barcelona’s last Champions League game, Pique made a bad mistake which inspired Inter Milan to come back and draw the match 3-3. It all but ensured that Barcelona gets relegated to Europa League, two seasons in a row.

However, it does not look like his misery is about to end as he may have to wear a Shakira jersey for a Barcelona match. Some may ask why it is such a significant issue. Shakira was in a relationship with Gerard Pique for 12 years and have two children together. However, the couple split up in 2022 and have not been on the best of terms.

The fans already know, Barcelona has a 4 year deal with the streaming platform Spotify to be their main sponsor. As a part of the deal, Spotify has the option to promote its product. On one such occasion, the company decided to honour Drake for becoming the first artist to have 50 billion streams on their platform.

Gerard Piqué may have to wear his ex Shakira’s name on his shirt in a next Barça game! 😳

Indeed, Shakira will soon release a new single where she talks about Piqué’s betrayal and Spotify wants to feature the singer on the Barça shirt as part of her partnership with the club 😭 pic.twitter.com/16ceK4GhxY

Spotify decided to change its logo to Drake’s OVO Owl for Barcelona’s El Classico match against Real Madrid, as a sign of respect. But that will not be the last time, as Spotify is in talks to do something similar for Shakira as well. According to a report from Tribuna, Spotify may change its logo to Shakira’s name as a sign of respect for the legendary pop singer. However, the report suggests that the deal is not official yet.

As mentioned previously, Gerard Pique and Shakira were together for more than a decade. They were often seen as a power couple in the world of soccer and the fans adored the couple. Hence, it came as a shock to the masses when they announced their separation in June of 2022. Although they did not marry, they have two children by the names of Sasha Pique and Milan Pique.

So the question becomes why the couple went their separate ways after 12 years of a dedicated relationship. Although Shakira herself refrained from sharing the details, the rumours are, Gerard Pique cheated on the 45-year-old with Clara Chia Marti. But the soccer star has not commented on the issue as he has kept his relations with Marti private.

There are rumours circulating that Pique’s new girlfriend is pregnant. Although it is not verified, in a recently surfaced picture, Marti was seen with an inflated belly. Hence, it has set the rumour mills on fire!

According to a report from La Vanguardia, Pique was quite frustrated with some of Shakira’s comments on their relationship and feels Shakira is playing the victim. Hence, Pique wearing a Barcelona jersey in honour of his ex can be considered a great revenge plan from Shakira! But there is no indication of that indeed being the case, so it is all speculation at the moment.