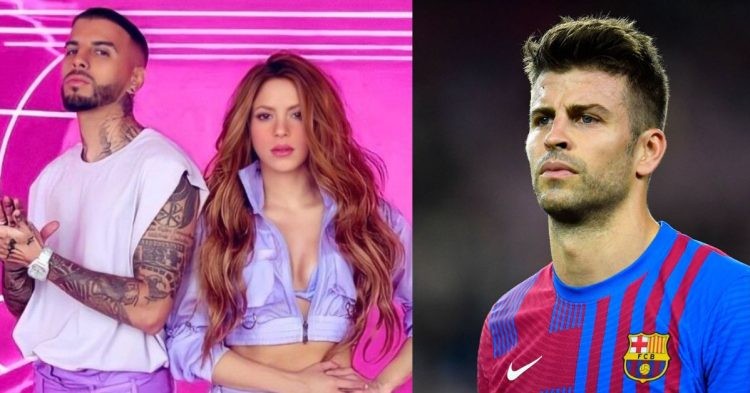 Shakira and Bizarrap’s latest hit, “Bzrp Music Sessions, Vol. 53” is apparently a diss track to insult Gerard Pique and his partner Clara Chia Marti. Released about a week ago, the song is still making rounds on social media and creating milestones. An interview with producer Keityn, however, has brought about important information about Shakira’s latest songs.

In an interview with @Moluskein, songwriter Keityn said Shakira composed the lyrics for her session with Bizarrap and he “was just helping her rhyme.” He also revealed many lyrics were eliminated because they considered it going too far. 👀

In his interview, according to Marca, Keityn informed about how her songs were created and what was decided not to be included. He came up with many ideas, but Shakira wrote the lyrics and he helped her rhyme. He talked about the phrase, “women no longer cry, women bill” in the latest hit. Keityn confessed that he wrote this line but included it as a sign of his pride in Shakira’s work.

One very important thing revealed by Keityn is that some of the original lyrics were ‘too aggressive’ in Shakira’s latest song. They were cut for being so. He did not elaborate on the particular phrases. The 26-year-old music artist also revealed that ‘Monotonia’ and ‘Te Felicito‘ were written before Shakira and Pique broke up.

Keityn also explained that overcoming a breakup is a different process for each person. Shakira dealt with her breakup in a unique way. “Everyone grieves, overcomes their disappointments as they wish.”

“She is an artist, you don’t let her make lemonade, if she wants to free herself in that way, let her do it.

“I totally agree with her, she is releasing music, she is not doing anything she doesn’t know how to do,” said Keityn.

He also believes that the fact “Shakira will always sing what she feels” lends her a lot of authenticity.

Keityn spoke to @Moluskein about Shakira’s session with Bizarrap: “Shakira’s always going to sing what she feels. I can send songs to her and she says, ‘I like it, but I haven’t lived it.’ When she’s in love, she makes a love song. When she’s spiteful, she makes a spiteful song.” pic.twitter.com/xAKOhtJNPv

“I can send songs to Shakira and she tells me ‘I like it, it’s cool, but I haven’t lived it and it’s not something I want to show because I want to show what I feel,'” said Keityn.

“Shakira is not like other artists who are not rebounding, but they release a rebound song and make you feel it. Shakira has to live it.

Shakira and Pique broke up in the summer of 2022 and since then have been making life difficult for each other. The Colombian singer has been making songs with subtle hints towards Pique’s infidelity while Pique keeps clapping back.