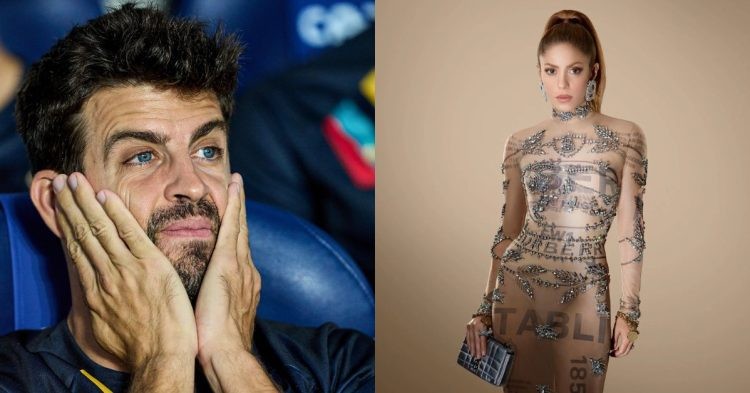 The soccer world has witnessed the biggest couple in the sport split up this year. Gerard Pique and pop star Shakira decided that it was best they broke up. The pair were dating each other for 12 years and had two children, Sasha and Milan. The breaking news that took place this year was that Pique cheated on Shakira with a student, who goes by the name of Clara Chia Marti.

According to reports, it turned Shakira’s career upside down as the pair are still fighting a court battle. However, sources mention that they are close to reaching an agreement. They started to focus on their careers after the split. Pique has announced his retirement from professional soccer. On the other hand, Shakira is winning hearts and breaking the internet with her modeling career.

Shakira is the brand-new ambassador for Burberry’s Festive Season

Recently, Burberry announced its newest partnership with Shakira in stunning fashion. She can be seen wearing a see-through dress that has caught the eye of thousands around the world. The official announcement from Burberry on their Instagram handle has got more than 80,000 likes. In addition to that, Shakira has attracted more than a million likes on her own Instagram page.

Apart from Instagram, the 45-year-old got plenty of fans talking on Twitter as well. Many claimed that the dress was a “Revenge dress”. This implied that Shakira takes revenge on Gerard Pique, who reportedly cheated on her earlier this year.

A Twitter account wrote in Spanish, which can be translated to, “The singer appears wearing what appears to be a revenge dress.”

While some replied to tweets of Shakira in the dress with “Revenge Dress”, others simply criticized retired Barcelona star Pique. A Twitter user even tweeted an image of an emotional Pique who seemed to be crying when he retired from soccer.

Shakira is so beautiful. Her star is rising fast. Pique will forever feel a loss. Shakira and Burberry will do great together. She has a timeless look. I’m looking forward to her musical career, and everything she will accomplish.❤️❤️❤️❤️❤️

A fan tweeted, “Shakira is so beautiful. Her star is rising fast. Pique will forever feel a loss. Shakira and Burberry will do great together. She has a timeless look. I’m looking forward to her musical career, and everything she will accomplish.”

This hasn’t been the only time for fans to criticize Pique. Many believe that he should not have cheated on Shakira and it seems like they think the Columbian pop star is taking revenge with her beautiful dress to show what he missed.