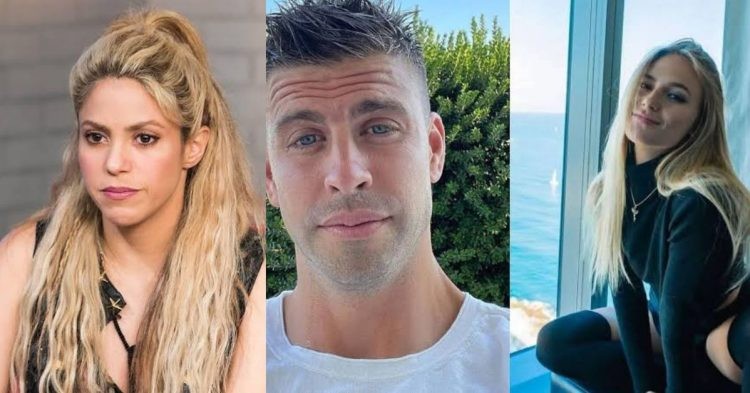 Gerard Pique and Shakira have been the hottest topic of gossip throughout the last year. The supposed power couple were exemplary for balancing their personal and professional life beautifully. However, the tables turned as the former Barcelona man cheated on Shakira with Clara Chia Marti and it seems like the Colombian pop singer still hasn’t forgiven him.

Pique and Shakira separated in early 2022 following the ex-soccer player’s unfaithful acts. They made a public announcement about their separation after a 12-years long relationship. Gerard Pique was caught cheating on the singer with Clara Chia Marti. A series of events happened between the trio. Shakira and Clara Chia Marti often took digs at each other.

Gerard Piqué and Shakira have announced their separation in a joint statement:

“We regret to confirm that we are separating. For the well-being of our children, who are our top priority, we ask for respect for our privacy. Thank you for your understanding.” pic.twitter.com/3sDRFg3oYd

Shakira had quite a tough 2022. She was facing a tax fraud case against the Spanish government. Fought for her children’s full custody and won that battle. She reportedly visited a fertility clinic named Teknon Medical Centre under the ‘Sila Prieto’ pseudonym multiple times.

Shakira now wants some peace of mind after all the drama she had last year following the bitter separation. She will move to Miami with Sasha and Milan away from the chaotic media noise. Shakira flew to UAE to celebrate Christmas with her children. Sasha and Milan celebrated their first Christmas without their father.

Shakira has majorly been quiet on her social media and in public appearances about the separation. It takes quite a lot to overcome such a horrid situation. Jordi Martin, a well-known journalist reported that the ex-Barcelona man cheated more than 50 times on Shakira without her knowledge.

Paparazzi breaks down how #GerardPique cheated on #Shakira without getting caught for years!! 🧐👇https://t.co/3Nwwnrdd82

Shakira was definitely hurt following the split. Yesterday she posted a cryptic message on her Instagram. The message said, “Even if someone has betrayed us, we have to keep trusting. In the face of contempt, keep valuing yourself. Because there are more good people than bad people. More empathetic people than indolent people”. on her feed.

The Colombian singer’s post further said, “There are fewer who leave and more who stay by our side. Our tears are not a waste, they water the soil where the future will be born and make us more human, so in the midst of heartbreak, we can continue to love.” on New Year’s eve.

It is a possibility that the post is aimed at Gerard Pique’s unfaithfulness and she isn’t going to forgive her ex-partner anytime soon. However, the post further says that she hasn’t lost her faith in love and her fondness of her children is proof of that.