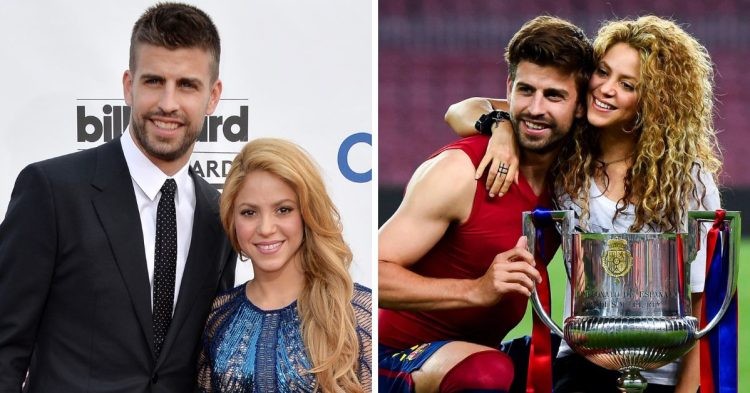 In June 2022, the renowned partners Gerard Pique and Shakira disclosed that their 11-year relationship had come to an end. Only a few weeks after Pique expressed that their ideal life together was why they weren’t tying the knot.

Since then, the World Cup champion has faced a rough time, as his absence from football at Barcelona led him to call it quits from playing at the end of the year. He was seen playing one of his former flame’s tunes in his car, and it is clear that the whole experience had a strong impact on the former defender.

For a while, there was silence between the two, but in her message to her admirers for the new year, she seemed to poke fun at the former Barcelona player. When the Colombian published a new song that was laced with jabs at her ex-boyfriend and his own new partner, signing, that’s when things really took off “You traded a Ferrari for a Twingo. You traded a Rolex for a Casio.”

Gerard Pique chose Casio as the sponsor of his brand-new seven-a-side competition and showed up to it in a Twingo, taking her words to heart. In the most recent twist, Shakira held a party at their former home on Sunday night to celebrate the popularity of her “diss tune.”

Sources reported that Patrick Kluivert was seen leaving a gathering with his Colombian wife while playing the tune from Shakira’s Music Sessions video with Argentine producer Bizarrap from his vehicle.

The ex-Netherlands forward was part of Barcelona from 1998 to 2004, and his first year with the team saw them capture the La Liga championship. Though he never shared the pitch with Pique, he returned to the club a few years ago and served as the technical director of the renowned La Masia academy.

The World Cup winner has become the subject of a supposed diss track from his ex-partner, with Shakira including the line in her song BZRP Music Sessions #53: “I’m worth two 22’s. You traded a Ferrari for a Twingo. You traded a Rolex for a Casio.” Pique has been taking the accusations with a grain of salt and arrived for the most recent round of action in his 7-a-side Kings League driving a $9,000 Renault vehicle.

In response to Shakira’s lyrics: “You exchanged a Rolex for a Casio.”

Pique has already responded to Shakira’s jab about his Casio watch by partnering up with the watchmakers. He has been seen wearing his new digital watch with pride and even gave boxed versions to the other presidents of his 7-a-side competition. He was quoted as saying Casio products would “last a lifetime”, which many consider being another dig at the end of their marriage.