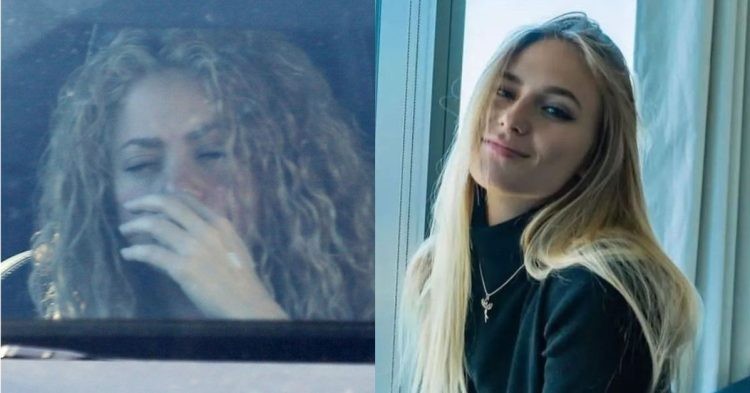 A lot has been written about Shakira and her split with Gerard Pique. In a new set of developments, a witness has said he has seen the Colombian singer crying over Pique. Shakira was pictured crying in a car. She was reportedly seen talking on the phone with someone and started crying soon after hanging up the call. The witness said he was a big fan of the singer but did not want to pursue the singer for a photo, seeing as she was distressed.

Gerard Pique announced his retirement from football earlier this month. He will not be traveling to Qatar with the Spanish national team. Shakira has also reportedly pulled out of performing at the World Cup, as she did in 2018. The ‘Waka Waka’ and ‘La La La’ singer released two of the World Cup’s most iconic songs. Fans speculated if it was her personal life that led her to take this decision.

Shakira was extremely happy a few days ago

According to Geo TV, Shakira was seen supporting her son Milan at a baseball game a few days ago. Milan, Pique and Shakira’s nine-year-old son, was playing for Club de Beisbol Barcelona. Shakira was seen in a bright red hoodie with Barcelona baseball & softball’ sewn into the front. Shakira also had pom-poms as she cheered her son.

This came after Pique and Shakira had agreed custody terms for their children. Pique will be able to visit his children for 10 days a month and during holidays. Many expected this to be the end of this saga, but this doesn’t seem to be the case. The witness had submitted the photo of Shakira in tears to the news channel ‘Sálvame’.

Shakira’s song ‘Monotonia’ reportedly caused Clara Chia a lot of distress. The symbolism that Shakira used in her video has led many to believe her song was directed toward Pique. Spanish paparazzi giant Jordi Martin said that Clara Chia had stopped working and going to Kosmos, Pique’s company. This was because she was devastated by the song.

The witness gave his account of what happened, “She was with two friends and she was bad. She was in a tracksuit, the truth is that she was… she had a bad face and, since she arrived, she was talking on the phone in English. Of the hour and a half she would have been, well, an hour talking on the phone,” he explained. “As soon as she hung up she started crying.”

There has been no confirmation of the reason why Shakira was crying. Spanish media has speculated that the reason for this was her split with Gerard Pique. Shakira and her two sons, Sasha and Milan will leave for Miami in early 2023, after spending their Christmas in Barcelona.