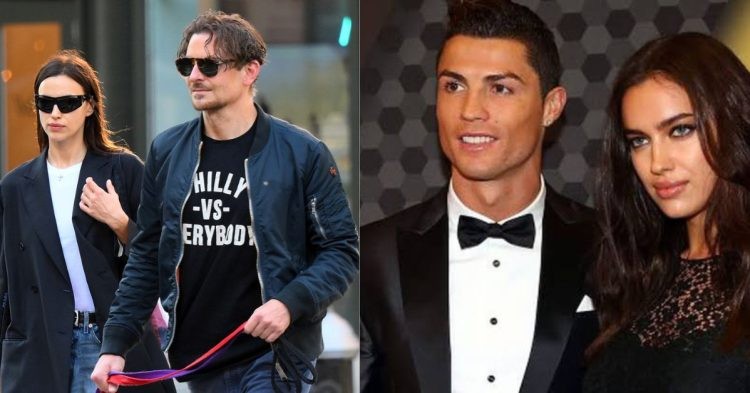 Before beginning his relationship with Georgina Rodriguez, Cristiano Ronaldo had been associated with other celebrities over the years, including international models and reality stars.

One of Cristiano Ronaldo’s most famous ex-girlfriend’s was Irina Shayk. Bradley Cooper and Irina Shayk are allegedly getting back together.

Bradley Cooper and Irina Shayk romance has been rekindled as their PDA goes on display pic.twitter.com/ZuErsdunMt

In New York City on Monday, Cooper and Shayk were seen together. They were both wearing casual clothing as they walked their dogs when they briefly embraced one another.

However, it appears that the Russian beauty has recognised she wants to be with Bradley Cooper. The famous “A Star is Born” actor after three years of leading different lives.

When did Cristiano Ronaldo and Irina Shayk date?

The most famous ex-girlfriend of the former Real Madrid player is Irina Shayk, with whom he spent five years starting in 2010. In January 2015, he made their breakup official.

Cristiano Ronaldo and Irina Shayk are thought to have started dating after they met in 2010 while filming an Armani Exchange commercial.

The couple was also photographed in May of that same year, just before the World Cup began, when Ronaldo took Irina sailing.

Additionally, it was rumoured that the two were married after Ronaldo’s Valentine’s Day 2011 proposal.

They were just so perfect and so beautiful🥺🥺 pic.twitter.com/3sblAgeHZJ

The Russian supermodel allegedly did not get along with the footballer’s mother, which is thought to be the reason why their relationship ended.

Rumor has it that Irina turned down Ronaldo’s mother’s surprise birthday celebrations. Both parties have remained silent on the allegations surrounding the split.

In a recent post, Cristiano Ronaldo mentioned, “After dating for five years, my relationship with Irina Shayk has come to an end. We believed it would be best for both of us to take this step now. I wish Irina the greatest happiness.”

She went on with Bradley Cooper after her breakup with the Ballon d’Or winner. The couple separated in June 2019.

How many kids does Irina Shayk have with Bradley Cooper?

Bradley Cooper and model Irina Shayk, who broke up in 2019 and have a child together. Evidently, they may be reuniting in order to have additional children.

Cooper and Shayk were expecting their first child together in November 2016. The Russian model walked the Victoria’s Secret Fashion Show with her baby bulge barely visible, and then the news broke.

When Shayk was seen leaving a Los Angeles spa wearing an emerald and diamond ring on her ring finger a month later, engagement rumours started to spread. When the rumours first surfaced, the couple’s representatives remained silent.

Lea De Seine, the couple’s first child, was born in March 2017 after Shayk and Cooper began dating in 2015. After four years together, they made the decision to end their relationship in 2019.

This week, the co-parents of 5-year-old Lea De Seine shared a photo from their tropical family vacation. Eventually, there have been some speculation that they might be reigniting their romance.