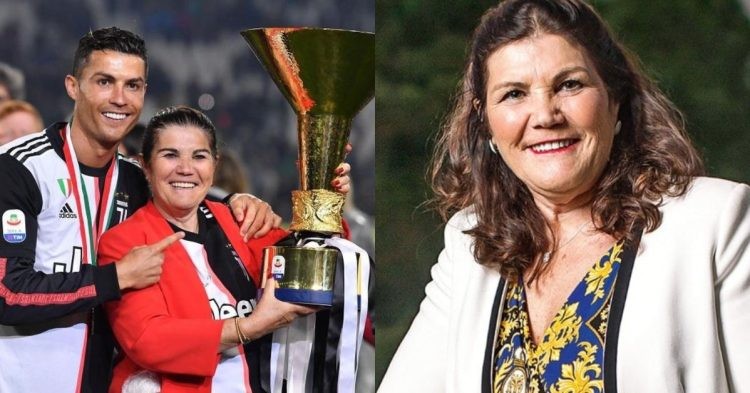 Why will Cristiano Ronaldo not buy his mother, Dolores Aveiro, a house? (Credits: Twitter)

Portuguese soccer star Cristiano Ronaldo has explained why he would never buy his mother a house. A journalist asked Ronaldo why his mother, Dolores Aveiro, still lives with him. His answer to that question will melt your heart.

“My mother raised me and she dedicated her life for me. She would go to sleep hungry, just to let me eat,” he said. “We had no money at all. She worked 7 days a week and nights as a maid to buy my first shoes so I could be a player,” he added.

He further went on to talk about all that he is today is all because of his mother. “All my success is dedicated to her and because of her and as long as she has a life, she will always be by my side, she has everything I can give. She is my refuge and my greatest gift.”

The former Manchester United star has great love and respect for his mother and that is reciprocated by his mother. It has been seen many times in the media as well. Dolores Aveiro always defends her son from the critics that try to bring him down.

Ronaldo’s mother Dolores Aveiro has been through a lot to raise Ronaldo. Ronaldo’s family condition was not great. They were financially not well off and faced difficulties. Dolores and Ronaldo’s father, Jose Diniz Aveiro, brought up the footballer and his three siblings in Santo Antonio. Ronaldo’s sisters, Elma and Lilianna Catia, and brother, Hugo, grew up together in a Catholic and impoverished home, sharing a room.

They were in such a difficult position that Dolores admitted to having considered an abortion when she was pregnant with Ronaldo. She said so in the film documentary entitled Ronaldo. “He is a child that I wanted to abort. God didn’t want that to happen, and I was blessed because of that, and God didn’t punish me.

Cristiano Ronaldo’s mother wanted to abort his pregnancy cos they were really poor,she already had enough children,didn’t happen.She was upset he had to go Lisbon at a young age of 12 to fulfill his dreams,@Cristiano cried a lot too. Beginning can be tough but future is bright🙏

“Sometimes Ronaldo makes fun of me and says ‘You didn’t want me to be born. But now you see that I’m here helping all of you.’ And, well, sometimes we have a laugh about that.”

As Ronaldo explained in his answer to the journalist, his mother struggled a lot to make ends meet. She worked as a maid seven days a week to help Ronaldo fulfill his desire of becoming a soccer player. Today, as one of the greatest players ever and the highest-paid player in the world at Al-Nassr, Ronaldo owes everything to his mother.