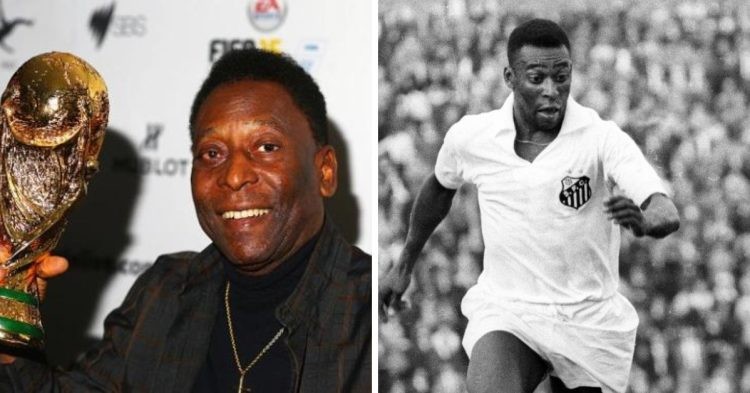 At 15 years old, Pele began playing professionally for Santos and then went on to join the Brazil national team at 16. During his international career, he won an unprecedented three FIFA World Cups in 1958, 1962, and 1970. He was so successful and beloved that he was given the nickname ‘O Rei (The King)’.

He was renowned for his electrifying play and spectacular goals, and his teams toured internationally to capitalize on his fame, making Pelé one of the best-paid athletes in the world during his time. After retiring in 1977, he became a global ambassador for the sport and pursued acting and commercial projects. In 2010, he was appointed the honorary president of the New York Cosmos.

“The Boy from Bauru” is a captivating biography about the legendary Brazilian soccer player Pele. It tells the story of Pele’s childhood, from his humble beginnings in the rural town of Bauru to his rise to international fame. One of the most striking moments in the book occurs when Pele is forced to eat paper as he tries to reduce the pain from a particularly harsh punishment from his teacher.

He said “I was still a chatterbox so she’d put balls of scrumpled-up paper in my mouth to shut me up. It made my jaw ache.” The incident happened when Pele was a young boy attending his second year at Ernesto Monte.

He had been caught talking in class and the teacher responded with a severe punishment that involved the use of a ruler. As the ruler hit Pele’s hands, the pain was unbearable, and he resorted to eating paper to try and reduce the pain.

The incident was a defining moment in Pele’s life, and it was one of the key factors that drove him to achieve greatness later in his life. He was determined to never be in a vulnerable position again, and this incident helped him to develop a strong work ethic and to push himself to achieve great things.

Why was Pelé often punished in school?

In the book “The Boy from Bauru”, Pele recounts his experience of starting his second year at Ernesto Monte. After his first year, which he found to be quite pleasant and enjoyable, Pele was met with a rather different experience when he started his second year. He soon found himself missing a lot of lessons, and the new teachers, Dona Lourdes and Dona Laurinda were very strict.

Unfortunately, Pele also found himself making friends with some boys who were badly behaved. These boys encouraged Pele to skip class and engage in activities that got him in trouble. As a result, Pele found himself being punished harshly by Dona Laurinda in particular. He was not only being punished for his own bad behavior, but for the behavior of his new friends.

However, all these experiences are what gave Pele his determination and his performance worthy of his nickname ‘O Rei’.