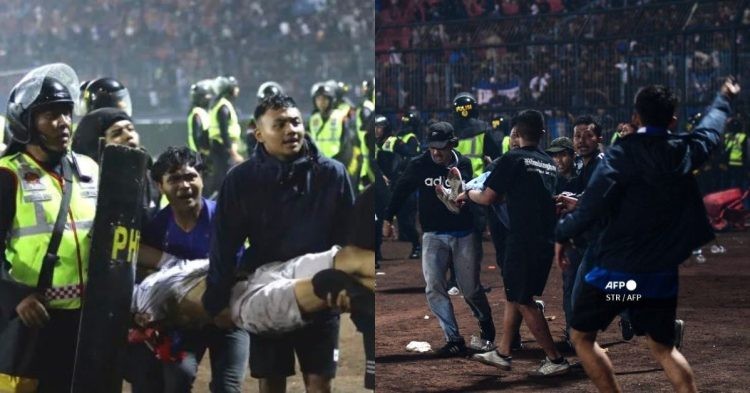 The human rights commission of Indonesia determined in a report on the incident released on Wednesday. It reported that the use of tear gas by Indonesian police was the primary cause of a fatal soccer stampede at a stadium in East Java last month.

According to commission members from the human rights body, 135 people died in the stampede. The main cause for the deaths was mostly asphyxiation, after the match at Kanjuruhan Stadium on October 1.

What caused the stampede in the Indonesian soccer stadium?

The news that has been making headlines earlier this week largely surrounds the latest stampede that occurred in Indonesia. More than 130 people were found dead evidently, and many are still injured.

The main cause of the fatal incident was the use of tear gas. It has been speculated that the police officers certainly didn’t know about the prohibition of tear gas. They fired the gas “excessively,” and the officers were very brutal on the crowd.

At least 174 people were killed and 180 injured in a stampede and riot at a soccer match in #Indonesia. FIFA has requested a report on the incident from Indonesia's PSSI football association. #theCivileyes pic.twitter.com/sBMb6Ceova

All sporting authorities all over the world must know that the use of crowd control measures is prohibited in stadiums by FIFA.

Also, the commission deployed a different team to study the consequences of the chemical compound used by the police personnel.

This will go down as one of the most poignant and abysmal sporting disasters in football history. The chaos, fear, and crying faces can be seen in the video.

Coordinating Security Minister Mahfud MD said, “A separate team was still investigating the toxicity of the chemical compound used, but whatever the result, it could not diminish the conclusion that the massive [number of] deaths was mainly caused by tear gas.”

Furthermore, he added, “The fact-finding team found the police personnel on duty had no knowledge of the prohibition of tear gas, which it said was fired ‘indiscriminately,’ and the officers had employed ‘excessive’ measures.”

It is reported that the match authority and organizer, PT Liga Indonesia Baru, have faced a lot of criticism. The governing authorities were not successful in controlling the situation. They had a negligent and negative attitude toward the disaster.

What will happen to the Kanjuruhan stadium in Indonesia?

There have been several questions raised about the incident and a lot of criticism from the Indonesian authorities.

The police and military, after a lot of investigation and research, charged six people including three police officers over the stampede incident.

BREAKING: At least 127 people were killed in a riot after a soccer match in Indonesia, Sky News reported. Another 180 people were hospitalized. https://t.co/0NtXqhb2sY pic.twitter.com/APOu792HQG

The PSSI has an agreement with the football governing body, FIFA to control the sport. A regulatory task force has been deployed to improve safety measures and crowd control.

The Indonesian president earlier elucidated that there is no FIFA sanction on the authority or the stadium after the disaster.

However, there has been a commission set up by FIFA that will decide and formulate the decision on the FIFA U-20 World Cup, which is set to be played in Indonesia next year.