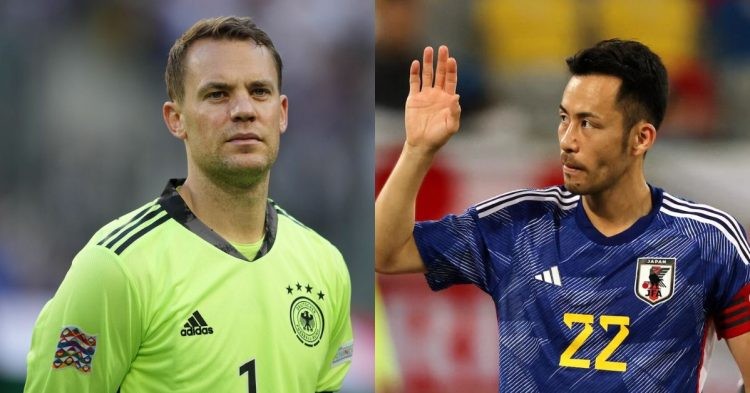 The FIFA World Cup 2022 is underway and it has not disappointed so far. Saudi Arabia has produced one of the most surprising upsets against Argentina, who were on a  36-game unbeaten streak. The World Cup will produce another exciting matchup today, as Germany faceoff Japan.

As we all know, the European country won the World Cup in 2014, in Brazil thanks to Mario Gotze’s winner. However, they have been quite shaky since that win. In the 2018 FIFA World Cup, Germany couldn’t even get past the group stages. They finished last in Group F, after losing to Mexico and South Korea.

On the other hand, Japan hasn’t had the best time on the international stage either. They had a heartbreaking loss against Belgium in Russia last time out. Despite leading 2-0, Japan could not hold Belgium back. The eventual third-placed Belgians made a sensational comeback during the late stages of the second half. This time around, does it look good for them?

How to watch Germany vs. Japan in the US?

Fox Sports is expected to be the most sought-after broadcaster for the World Cup this year. The platform offers a live English broadcast of the exciting game today. Fans will be able to enjoy Manuel Neuer and Co. in action on Fox Sports 1 in the USA.

In addition to that, soccer fans can also watch the live broadcast of the game on Telemundo, fuboTV, DirecTV Stream, and Peacock Premium. If you miss the games, FIFA posts the compilation of the highlights on its official YouTube channel.

What time will Germany vs. Japan start?

Germany and Japan will play the first game of Group E today, at the Khalifa International Stadium. Group E is said to be one of the toughest groups this year, especially with the likes of Spain and Costa Rica filling up the other spots. Both of these teams are quite hard to break down on their day.

Both Germany and Japan have talented players available at their disposal this year.

The Die Mannschaft has a relatively young squad. The new manager, Hansi Flick, has called up prodigies like Jamal Musiala, Youssoufa Moukoko, and Kai Havertz. One might think Havertz is already an established star, but he is just 23 years old. The Chelsea player seems to be getting better and better for Germany. In 31 appearances, Kai has scored 10 goals and made 11 assists. We can expect him to play a pivotal role in Germany’s attack today.

On the other hand, Japan boasts a talented roster with the likes of Takumi Minamino and Takehiro Tomiyasu as well. Minamino might have had a rollercoaster of a ride with Liverpool since moving to Anfield, but he has always stepped up for his national team. This will be the first World Cup he is taking part in, after scoring 17 goals and making 8 assists in 44 games for Japan.
Japan might have a solidified team with plenty of energy, but we might be able to predict that Germany’s midfield might be too much for Japan to control. Joshua Kimmich and Leon Goretzka have played under Hansi Flick at Bayern Munich and won a treble in 2020 as well. This will be key as Flick would know how to get the best of his two main midfielders to dictate the game.
In addition to that, the pace of the 4x FIFA World Cup winners on their flanks with Serge Gnabry and Leroy Sane might just do the trick. Germany might get past Japan with a 3-1 win. Their midfield and attack are quite decent, but Germany’s defense has been shaky at times, as we saw in their game against England. If Japan manages to exploit this, it can spoil Germany’s clean-sheet dreams.
Tags: FIFA World Cup 2022GermanyJapan
Previous Post