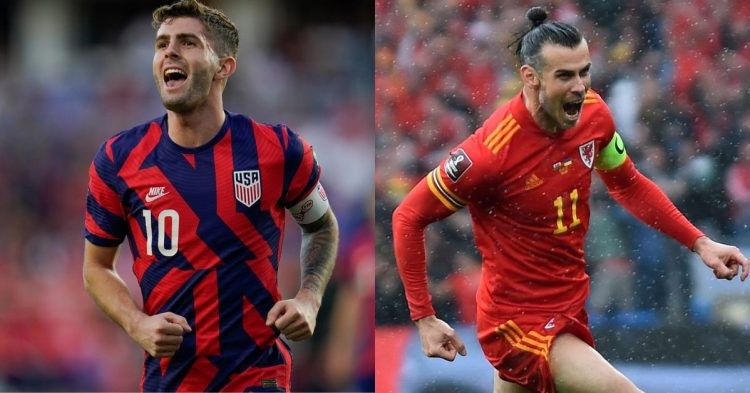 In Qatar, the eagerly anticipated FIFA World Cup 2022 got underway yesterday with a big opening ceremony. The hosts were defeated 2-0 by Ecuador in the tournament’s opening game.

Enner Valencia scored both goals for Ecuador, giving them a convincing victory to kick off their campaign. Unfortunately, Qatar was the first team to drop its opening game while serving as the competition’s hosts.

The next exciting matchup in the FIFA World Cup is between Wales and the United States. The formidable Americans face a Welsh team that didn’t have an easy journey to Qatar.

After being absent in 2018, the USMNT has made its way back to the largest soccer platform. By a narrow margin, the CONCACAF champions qualified for Qatar automatically by finishing above Costa Rica on goal differential.

Wales has only made two appearances in the Olympics, but they qualified for the World Cup for the first time since 1958.

The Dragons defeated Austria and Ukraine with victories of 2-1 and 1-0 to advance to Qatar after arduous playoffs. Now let’s look at the prediction, date, and time of the USA vs. Wales game in the US.

How to watch USA vs. Wales in the US?

The live English broadcast of the FIFA World Cup will air on Fox, Fox Sports 1, and Fox Sports 2 in the USA.

Fans of the FIFA World Cup 2022 can watch free World Cup games on Peacock and free replays of every football game on Tubi.

For Americans who don’t want to get up early to watch the game, Tubi will be a nice alternative because they can watch complete replays of the games after full-time.

What time will USA vs. Wales start?

At the Ahmad bin Ali Stadium in Al Rayyan, Qatar, the United States of America will open its FIFA World Cup 2022 campaign in a matchup against Wales in Group B.

The United States is in Group B of the FIFA World Cup 2022, along with Wales, England, and Iran. Iran will be the first opponent for England, who are the favorites to win this group.

My hopeful starting XI for USA vs Wales. #USMNT pic.twitter.com/HaaDmgH9Rl

The battle for second place in this group will be very competitive and entertaining for the spectators.

Christian Pulisic’s young US team will compete against Gareth Bale’s Welsh team who can be inconsistent at times. Both sides will enter the game with a defensive attitude because neither club wants to lose the season’s first game.

As both sides will be conservative in their approach, the game won’t feature a ton of goals. Given that both teams will be content with a point, we can predict a draw of 1-1 as the game’s eventual outcome.