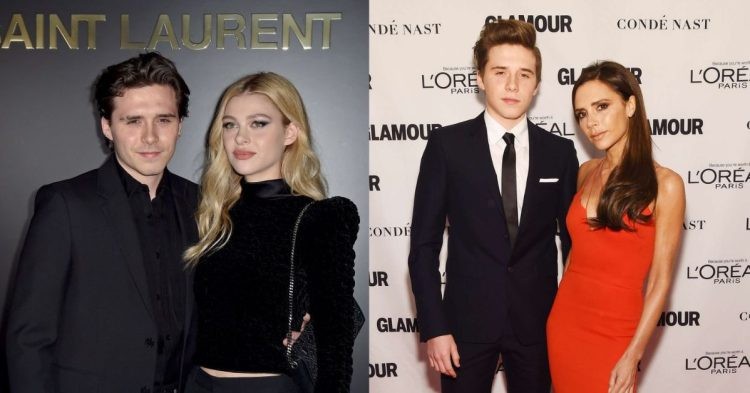 Victoria Beckham and Nicola Peltz are involved in a family feud that could cause trouble for Brooklyn Beckham. (Credits: Twitter)

YouTube sensation ‘The Body Language Guy’ has raised eyebrows with his recent revelation about the Beckham family. He has said that there is a feud between Victoria Beckham and her daughter-in-law Nicola Peltz. According to Jesús Enrique Rosas (‘The Body Language Guy’), Nicola’s body language in pictures with Brooklyn Beckham shows signs of detachment.

He said, “I’m sure victoria also notices that Nikola’s body language is not the best when she is hanging around Brooklyn.”

He went on to show a picture of Brooklyn and Nicola kissing on the screen and talked about it. “Like such as this one, they are kissing and she is leaning away from him and he is the one [that] has to reach out to her.”

Another picture of the couple was shown and he said, “such as this picture too. It’s like she’s commonly leaning away from Brooklyn and that is not a good signal. That is a signal of detachment of not being engaged of not being close.”

Over two years ago, on July 11, 2020, Nicola and Brooklyn announced their engagement. Almost two years later, on April 9, 2022, the pair got married in Palm Beach, Florida. The marriage involved a Jewish ceremony as Brooklyn’s great-grandfather was Jewish.

How is the relationship between Victoria Beckham and Nicola Peltz?

A source spoke to Page Six and said there is a cold war between Victoria and Nicola. This began prior to the wedding day in April. “They can’t stand each other and don’t talk. The build-up to the wedding was horrendous,” the source said.

Apparently, Nicola did not want Victoria “to be any part of the planning, and she wouldn’t clue Victoria in on anything. Communication was minimal.” This led to “non-stop petty drama.”

Tension increased between Brooklyn and his parents, David Beckham and Victoria. It worsened when Brooklyn posted on Instagram the Tatler magazine cover of his new wife. It had the headline, “The New Mrs. Beckham.”

“They haven’t spoken to him much in the last few months,” the source said in August 2022. They added that Nicola did not like the amount of attention her mother-in-law received around her wedding day.

No comments have been made by either party as of now. The pair, however, did have a positive relationship in the past. In July 2020, Victoria celebrated her son’s engagement with Nicola on Instagram by writing, “The MOST exciting news!! We could not be happier that @brooklynbeckham and @nicolaannepeltz are getting married! Wishing you so much love and a lifetime of happiness. We all love you both so much x”

Nicola also called Victoria her role model while wishing the former Spice Girl for her birthday in 2021. It is, however, noticeable that she did not make a birthday post for Victoria last year. Nicola not wishing Victoria might be part of the feud they are having since the wedding.