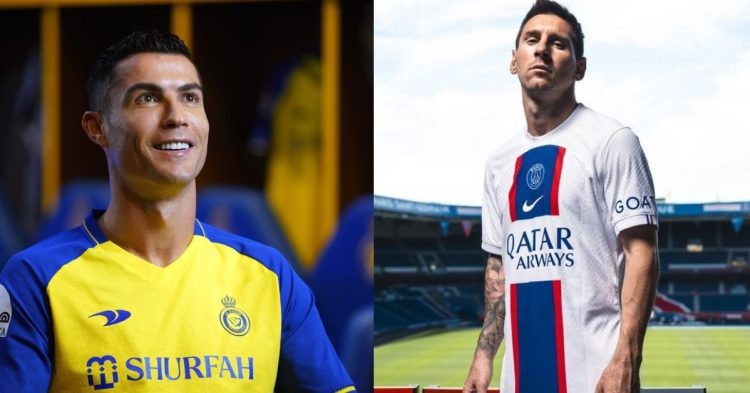 Cristiano Ronaldo’s move to Al-Nassr might have looked like the end of his competing with the top teams. However, he might well be starting his Al-Nassr journey playing against his arch-rival Lionel Messi. An Al-Nassr vs PSG match is actually on the cards to take place very soon.

Cristiano Ronaldo and Lionel Messi have had very different ends of the last year. The Portuguese had his contract terminated at his former club Manchester United and a quarter-final exit in the World Cup. The Argentinean on the other hand managed to win the only World Cup, which eluded him his entire career.  Soccer fans are predicting this match to be the last chance to watch Ronaldo and Messi face each other.

When and how to watch PSG vs Al-Nassr in the USA?

As of now the time of the match hasn’t been decided. The match will be played in favor of the Saudi Arabian Time Zone, which is eight hours ahead of the North American time zone ET.

“Cristiano Ronaldo will first serve his suspension before playing his first match in the Saudi Pro League but he might make his debut in the Al-Nassr and Al-Hilal match against PSG.” 🇵🇹⚔️ pic.twitter.com/5orFljtGFN

There will be no live telecasting of the match in the USA, as there are no streaming contracts of the Saudi Pro League with any US channels. Shahid will live stream the match, which is a subscription-based platform. Other than that PSG TV, PSG social media pages, and beIN Sports will also live stream the match.

Cristiano Ronaldo is currently serving a two-match ban ordered by the FA, for a phone-smashing incident back in his Manchester United days. He was a spectator in Al-Nassr’s 2-0 league win against Al-Ta’ee. The Portuguese was expected to make his debut on January 22nd against Ettifaq. However, the friendly match against PSG before that changes the scenario.

Rudi Garcia, the Al-Nassr manager didn’t sound very happy while he spoke to L’Equipe about the matchup. He said “As the coach of Al Nassr, I cannot be happy with this match. For development, to see PSG, to see the great Parisian players, indeed it is a good thing. But we have a league game three days later,” talking about the fatigue his players will have in their league match against Ettifaq.

Garcia added, “In terms of scheduling, it could have been better thought out. But it’s not a big deal… We are in the lead, we are happy. It is a difficult championship to win, but we intend to do it,” handing a positive outlook to it.

Cristiano Ronaldo however, won’t make his debut in an Al-Nassr jersey. Since it’s an All-Star match merged between Al-Nassr and Al-Hilal, the jersey will be mixed too. Soccer fans are definitely looking forward to seeing two greats of the game face each other for the one last time.