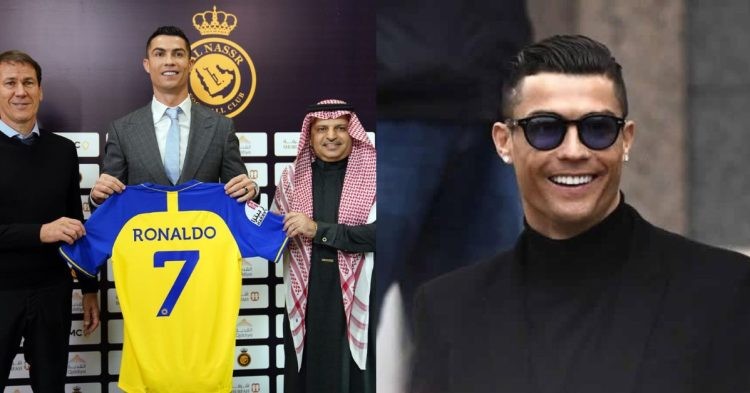 Cristiano Ronaldo has created a huge buzz in the media with his latest career switch to Al-Nassr. He is one of the most influential sports personalities ever. The Portuguese has been an example of a top professional for 20 years and has been on top of his game for the entirety of it. He has seen unmatchable success on and off the pitch with his royal status. With great success, however, criticism and negativity come along like an unwanted bonus.

Cristiano Ronaldo has always talked about his willingness and ambition to be at the top of his till he retires. Obviously, he had the qualities in abundance to stay at the highest level. The 2022-23 season, however, wasn’t kind to the veteran forward. His shooting boots had gone missing and the turmoil against his former club saw his contract terminated. The 5x Champions League winner had very few options to consider.

The 37-year-old forward didn’t get a suitable offer from Champions League-playing teams and accepted the massive offer from the Saudi Arabian outfit Al-Nassr. The contract he signed is the biggest one a soccer player has ever had and it has brought the critics up in no time. Cristiano declined those claims and talked about his ambitions to join the Saudi club, he clearly stated money is not the reason behind his move.

Cristiano Ronaldo has received hostile treatment throughout his remarkable career. From being called ‘Diva’ by Mallorca fans to being stamped as ‘overrated’ by his own club Real Madrid, the Portuguese have reached incredible heights. These negativities, however, have never affected him. The Portuguese always thrived under criticism.

In 2015, during his time at the Spanish capital, he produced one of the most iconic quotes of all time in soccer history. His quote, “Your love makes me strong, your hate makes me unstoppable”, proved his champion’s mentality and mockery towards all the negativity.

Cristiano Ronaldo at 37 and in the twilight years of his playing career is one of the most commercial names in the world. He has been the representative face of quite a few major brands. Although we can expect Ronaldo’s net worth to be around $1 billion, it isn’t actually the case. His worth is somewhere around $500 million.

Cristiano Ronaldo was at the top of the Forbes ‘Active team-sport athlete’ 2021 list. His latest Al-Nassr deal is going to take him to an untouchable spot, which will earn him $214 million per year. He is the most followed person on Instagram with 529 million followers. The Portuguese reportedly became the first soccer player to earn $1 billion in salaries before taxes. He also charges $1.6 million per Instagram post for brand endorsements.


The former Manchester United, Real Madrid, and Juventus forward surpassed $1 billion in earnings back in 2020. Ronaldo has a lifetime brand endorsement with Nike. It made him the third athlete ever to sign a lifetime deal with a brand after Michael Jordan and LeBron James. Alongside these sources of earnings, his brand CR7 is one of the most successful business tenures owned by an athlete.
Tags: Al NassrCristiano Ronaldo
Previous Post