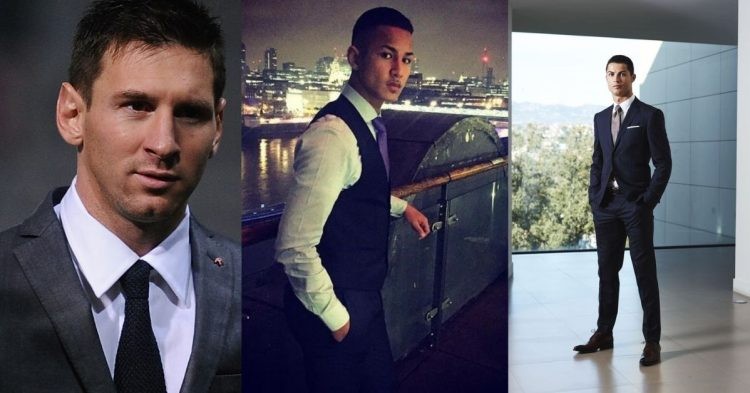 Lionel Messi and Cristiano Ronaldo are on huge wages at PSG and Manchester United respectively. Messi is on a reported wage of £1 million a week and Ronaldo on £480,000 a week plus hefty bonuses. Their brand deals with Nike, Adidas, and other such companies making them one of the highest-paid sportspersons on the planet, but not the richest. Faiq Bolkiah, a Bruneian footballer, is reportedly the richest footballer on the planet.

He is a Bruneian footballer who plays as a midfielder. He has captained his national team and currently plays for the Thai club Chonburi. Bolkiah has also played a fair amount of football in England as part of his youth career.

Who is Faiq Bolkiah

The Bruneian footballer is also a part of the Bruneian Royal Family. He is the son of Jefri Bolkiah, Prince of Brunei, and nephew of Hassanal Bolkiah, Sultan of Brunei. He holds both Bruneian and American citizenship. His estimated net worth is $20 billion, making him the richest footballer in the world.

Despite being a part of the royal family, there is no indication he is interested in politics. He seems to be completely focused on his footballing career. His net worth comes from his country’s vast natural resources. Unlike his father, who once reportedly paid $7 million for a private Michael Jackson performance, Faiq chooses to live an uneccentric and overly lavish life. Although, there have been photographs of him playing with a pet tiger cub.

Bolkiah keeps his profile low on his social media, with only 30 posts. He has 237k followers on Instagram. He is the richest footballer on the planet but it looks like he wants to make a name for himself. His royal connections, of course, will always follow him and his name, but it is admirable what the Bruneian is trying to do.

Bolkiah joined A.F.C Newsbury’s youth team in 2008 aged just 10 years old. He then went on to play for Southampton from 2009-11 before joining Chelsea’s youth academy in 2014. Failing to impress at Chelsea, Bolkiah signed a three-year deal at Leicester City, newly crowned Premier League champions, in 2016.

Despite failing to be anywhere near the first team by the time he was 21, Bolkiah was awarded a one-year contract extension at Leicester. In the final year of his contract, he was phased out of the youth team and at the end of his contract signed a deal as a free agent with Portuguese side Maritimo.

Bolkiah’s net worth compared to Messi and Ronaldo

Cristiano Ronaldo is also one of the highest-paid athletes in the world. He is on a reported £480,000 per week. As of October 2021, Ronaldo is worth $500 million from his social media and club football earnings, per MARCA.