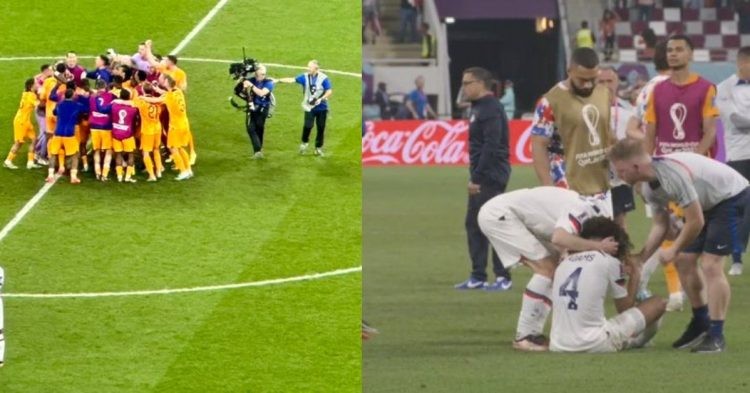 The United States had a decent start to the FIFA World Cup in 2022. After grinding out successive draws against Wales and England, the USMNT produced a victory against Iran. This meant that they were undefeated and finished in second place in Group B.

A few days afterward, however, they faced off against Louis Van Gaal’s Netherlands. The players certainly gave it their all, but couldn’t produce a result against the vastly superior and much more experienced Dutch squad.

Historically, soccer has not been The United States’ strong suit. To date, their best-ever finish in the FIFA World Cup remains the 3rd placed finish in the maiden World Cup in 1930!

Even though they qualified for the World Cup consecutively from 1990 up to 2014, and then featured in the 2022 world cup, there still is massive room for improvement.

The soccer scene in the United States needs to develop more, to say the least.

Legends of the beautiful game like David Beckham, Thierry Henry, Zlatan Ibrahimovic, Wayne Rooney, and others have played in Major League Soccer. The current crop of USMNT players includes world-class talent that has been nurtured in Europe. This includes Christian Pulisic, Weston McKennie, Brenden Aaronson, Tim Weah, Sergino Dest and others.

On this day in 2012, David Beckham announced that the MLS Cup final would be his last match for the Galaxy. “I’ve had an incredibly special time playing for the LA Galaxy. I don’t see this as the end of my relationship with the league.” – Beckham #LAGalaxy pic.twitter.com/V4112eB1bs

However, any major title charge is yet to be showcased by the USMNT, on the global stage.

This needs to begin with the overall development of the MLS, which still seems to be a place that serves as a retirement destination for European talent. Next, the focus should be on ensuring a strong Copa America campaign. And only then, can we begin to expect any real challenge by them in the FIFA World Cup.

The ex-soccer player, who currently works as an English and Spanish commentator for American Sports Media Giant ESPN, had this to say.

Do you think the USMNT will ever win a World Cup? 🤔 pic.twitter.com/BXpm2rekXs

“I don’t think anyone in their rational mind would think they’re [USMNT] capable of winning a World Cup.” is what he had to say as the USMNT is still licking its wounds from their exit from the Round of 16.

What the USA’s soccer scene lacks in terms of expertise, the soccer fans in the USA make up for in terms of raw passion for the sport.

Alongside full houses in MLS games, these fans also frequent pubs and other such establishments to witness European league soccer games such as the Premier League, La Liga, and so on.

Soccer fans in the States are also the loudest in the pre-season games. The more accomplished European clubs make it a point to frequent the USA in their pre-season. Manchester United, Real Madrid, FC Barcelona, and others schedule their pre-season games in the USA. A few years ago, United defeated Madrid 2-1 in front of a record-breaking crowd of 109,318 in Michigan.

Therefore, it is only fair that these passionate soccer fans get to witness their national team performing well on the global stage. As such, extreme reactions from fans were seen online following Gomez’s comments.

I’m not being edgy, it’s pay to play here https://t.co/zXMHTJxZJR

We have the population, facilities, money, spirit and nationalism to win a World Cup but we just don’t have the interest in soccer. https://t.co/aE8TD1hdUD

Here’s to hoping that the Global Superpower, which has excelled in just about every other thing, excels here too shortly.