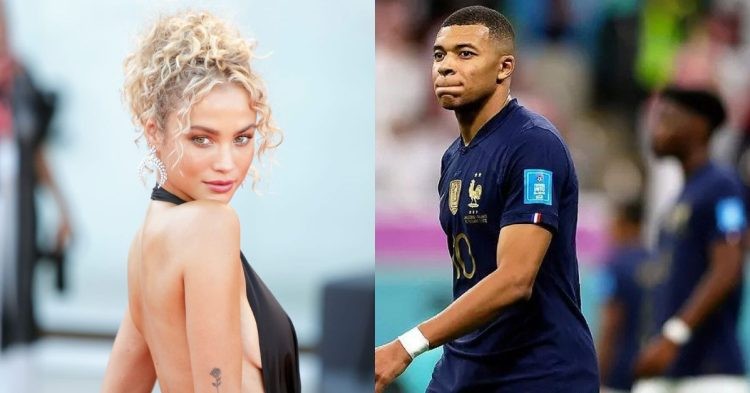 Kylian Mbappe never stays away from making headlines on or off the pitch but today it is his alleged girlfriend Stephanie Rose Bertram, who is in the headlines and has been subject to massive internet outrage after reports claimed that she tried to have a child with the French superstar, Mbappe, in order to secure her future.

After falling victim to online abuse, Rose Bertram has been forced to take to social media to deny claims of trying to secure her future by having a child with PSG and France forward Kylian Mbappé – the situation. https://t.co/ROqqxBv1Lo

Rose denied all allegations against her in an Instagram post stating: “Nothing that has been said, written or claimed is true in any shape or form”. She posted a heartfelt message on her Instagram and claimed innocence against these false accusations.

How did the rumors of Kylian Mbappe dating Rose Bertram start?

Rose is a model hailing from Belgium and was dating Netherlands international and former PSG right back, Gregory van der Wiel, before her alleged relationship with Mbappe. The reports of her dating Mbappe surfaced over the internet after she was seen watching the FIFA World Cup 2022 final between France and Argentina.

Pleading her innocence over child entrapment accusations, Rose continued: “2023 has, for me, started with hate and cyberbullying. Unfortunately, it is a sad picture of what our world is becoming. Nothing that has been said, written, or claimed is true in any shape or form. The truth can’t come from a stranger that doesn’t know anything about my life and is hiding behind a screen”

She further stated, “In a world where getting views, clicks and likes is all that matters, we sometimes forget that we are people and that cyberbullying can, unfortunately, destroy lives.”

Rose concluded her emotional and heartfelt message with: “I felt the need to speak up. because if we just let everyone say what they want to say, we might start to think that it is normal. There are so many people dealing with this and this is just pure evil”.

Before Rose Bertram, Mbappe was reportedly dating trans model Ines Rau but the rumors about their breakup and Mbappe dating Rose started surfacing around the FIFA World Cup final and Rose has become a huge internet target since these rumors came in.

Mbappe has always been silent about his private life in the media and it is now to be seen whether the PSG superstar will have anything to say regarding this controversy in the coming days now that Rose Bertram has come forward and claimed innocence.