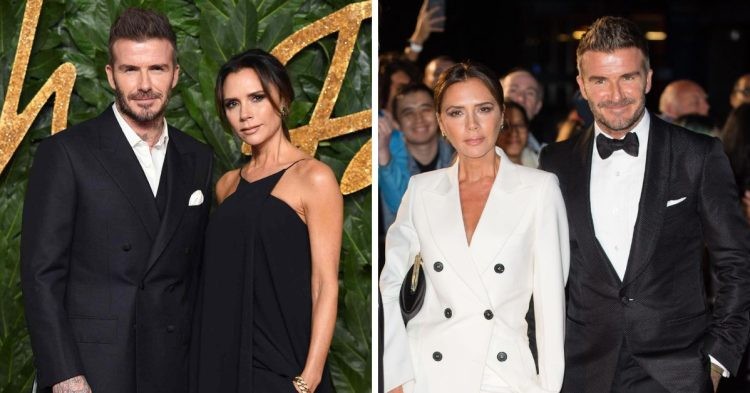 Victoria Beckham recently displayed her Bitten Lip Tint product on Instagram and fans noticed her tattoos had disappeared. People asked why she had them removed, and she has now revealed that it was a purely aesthetic decision.

Her left wrist had her husband’s initials, DB, and the words ‘Together, forever, eternally’ in Hebrew, which she got to mark her tenth wedding anniversary.

As well as the Roman numerals VIII-V-MMVI representing May 8, 2006 – the date she and David rededicated their wedding vows – her right wrist had the Latin phrase ‘De Integro’, which translates as ‘from the beginning again’. This is thought to be a sign of her fresh start with her spouse and family in the USA, after David’s 2007 relocation to LA Galaxy.

The 48-year-old fashion designer left her followers ‘intrigued’ when they discovered she had eliminated her wrist tattoos in a beauty video.

These tattoos, which she got to commemorate major milestones with her husband David, have become steadily less visible in recent times after she chose to have laser treatment to have them removed.“It was not pretty” said Victoria Beckham when asked about why she had her tattoo honoring her husband David removed.

Why did Victoria remove her husband David Beckham’s tattoo?

Victoria Beckham recently caused a stir among her fans after they noticed she had erased a tattoo she had gotten in honor of her husband, David Beckham. Recently, while sharing a make-up video on Instagram, her followers noticed the absence of the tattoo. Victoria recently spoke out about her decision to erase the tattoo of the initials ‘DB’ from her wrist on Today.

She said, “I had these tattoos a long, long time ago and that they weren’t particularly delicate.”

She added, “My husband has so many gorgeous tattoos and the children do and they’re very fine. They had the created by these phenomenal artists but mine were a little bit thick, they were bleeding a little bit and just not looking as pretty.”

Victoria’s tattoos were a bit too thick and had apparently started bleeding. She also added, “The media has started to speculate ‘was I leaving my husband?”. No, I was just a bit sick of the tattoos. It is just simple as that.”

She made it a point that it was all the media’s assumptions and that she isn’t leaving her husband. Since the tattoos started to hurt, she had them removed and there is nothing more to this story.

Victoria is not the only person in the Beckham family to have a fondness for tattoos. Her oldest son, Brooklyn, has also developed a passion for body art, accumulating more than 100 pieces of ink, with 70 of them being devoted to his spouse.

David Beckham and Victoria Beckham have an amazing love story — and according to the footballer, it began even before they had ever met. In 1999, they tied the knot and now have four kids: sons Brooklyn, Romeo, Cruz, and daughter Harper.

Has Mark Cuban Ever Attended a WNBA Game?