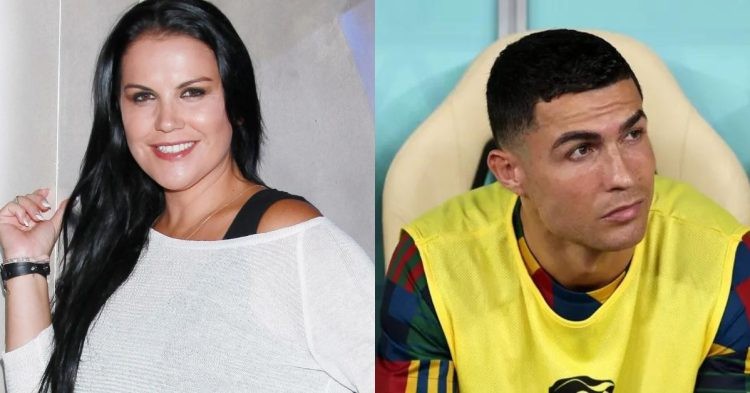 Cristiano Ronaldo has not had the best of seasons so far. The record-breaking Portuguese widely regarded as the greatest player has had a tough 2022. He exited Manchester United due to a controversial interview and a contract termination. Ronaldo was dropped in a crucial match in the knockout stages of the World Cup against Switzerland. He even reportedly threatened to leave the Portuguese camp because he was benched.

He chose not to do so to avoid any negative impact on the team. The report was swiftly refuted by the Portuguese FA. Ronaldo has always been a model professional for his teammates and fans but does not seem to be handling this situation very well. He has faced difficulties in the past without a doubt, but seeing as this could be the end of the road for Cristiano, he has to be careful as to what legacy he leaves behind.

Ronaldo’s sister has been an emphatic supporter of his over the years. Along with Georgina, we have seen Katia support Ronaldo unconditionally, even when his critics are loudest. Based on his current form, critics have never been louder. It has been the worst possible season for Ronaldo, both on and off the pitch. His sister, although came to his defense.

“I so wanted him to come home, leave the national team & sit next to us so we could hug him & tell him that everything is fine, remind him of what he achieved & what home he came from, I so wanted him not to go there anymore , we’ve suffered enough.” pic.twitter.com/PNkRAl5dKq

“I so wanted him to come home, leave the national team & sit next to us so we could hug him & tell him that everything is fine, remind him of what he achieved & what home he came from, I so wanted him not to go there anymore, we’ve suffered enough,” she said in defense of Ronaldo.

Who is Ronaldo’s sister, Katia Aveiro?

Ronaldo’s sister, Katia Aveiro is a Portuguese pop singer. She began her singing career under the name, Ronalda in 2005. She has released six albums so far. The 45-year-old singer has two children as well. She has been a huge and passionate supporter of Ronaldo’s career and his journey to the top of world soccer. She also has a blog on fitness, where she gives tips on healthy habits.

The Portuguese was married to José Pereira, but the two are now divorced. She has 1.2 million followers on Instagram. Ronaldo is a doubt to play against Morocco in the quarter-finals of the World Cup. Fernando Santos had reportedly dropped Ronaldo for tactical reasons against Switzerland. It will be a tough choice for the Portuguese manager to choose between hattrick hero Goncalo Ramos and Cristiano Ronaldo.