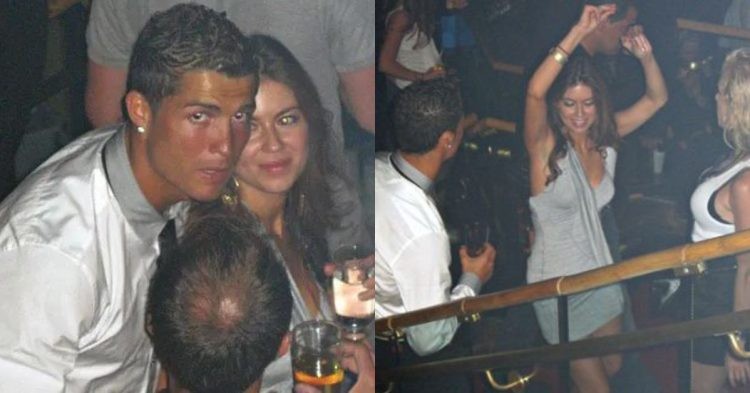 Cristiano Ronaldo and Kathryn Mayorga (Credits: The Sun and The Mirror)

Cristiano Ronaldo is one of the greatest players the sport has ever seen. His records at every club he has played at are beyond extraordinary. His international career is no less impressive. He is Portugal and the world’s all-time international top goal scorer. Ronaldo even captained Portugal to the European Championship title in 2016. He is currently playing his fifth World Cup in Qatar.

Bruno: “We hope that Ronaldo lifts this World Cup. We all hope that, Portugal win the World Cup. It would be a dream.” pic.twitter.com/pdodlsTe4l

In 2009, Ronaldo was holidaying in Las Vegas with his brother-in-law and cousin. During this time, Ronaldo met a model, Kathryn Mayorga. The model had alleged that Ronaldo had raped her in the Las Vegas hotel in 2009. Ronaldo has denied all the claims, called them “fake news”, and maintained that the sex was consensual.

In 2009, the two had met in a nightclub at Palms Casino Resort in its VIP area. Pictures had shown the two chatting and dancing intimately at the club before Ronaldo invited Mayorga and her friend to his hotel room. The room had a bathtub which Ronaldo invited Mayorga into, but she refused as her dress would have gotten ruined.

According to Mayorga, Ronaldo then gave her clothes to change into. She claims Ronaldo entered the bathroom where she was changing. The model said, “He starts to come on to me very strong. And he starts to do stuff to me and touch me and grab me. I pushed him away and kept saying, ‘No’.”

The model then went to the Las Vegas Police Department and evidence of the rape was documented. But Mayorga refused to identify Ronaldo as the attacker at the time. The charges were dropped in June 2019 by the police department and the District Attorney where the case was filed. This was because the information at the time could not prove the allegations against Cristiano Ronaldo beyond a reasonable doubt.

But according to The Sun, there were emails found that stated the DNA from Mayorga’s examination on the day in 2009 matched Cristiano’s. There were reportedly other emails in which Ronaldo says he heard Mayorga say “No”, but denied any wrongdoing. Jennifer Dorsey, the judge presiding over the case prohibited their use due to the manner in which they were obtained, and due to lack of their veracity.

Did Ronaldo settle out of court?

It was reported that Ronaldo had settled with the model outside of court for roughly $350,000. But the model suffered from PTSD and depression from the assault, and following the #MeToo movement, wanted to tell her story. The agreement signed earlier was to prevent Mayorga from pursuing criminal charges and stopping her from going public with the story.