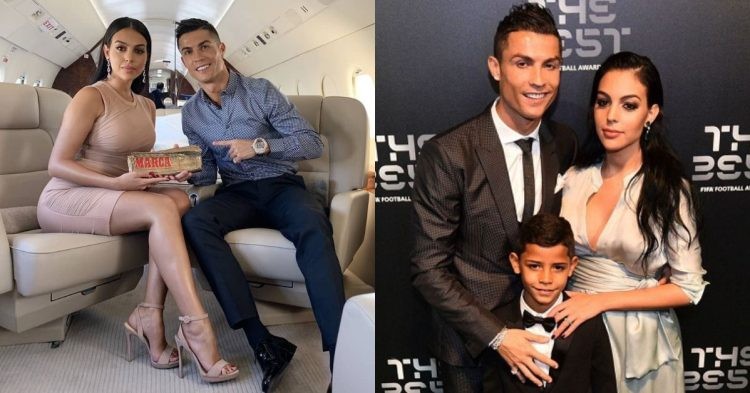 The Manchester United footballer Cristiano Ronaldo and his wife, Georgina Rodriguez, eventually confirmed the death of their child a few days after they said the birth of their son was delayed.

On April 18, Cristiano Ronaldo’s infant son passed away. The Manchester United player announced the loss on social media while pleading for his family’s privacy.

The twin baby girl was born on April 18, according to Ronaldo, but their son did not make it. Ronaldo and his partner, Georgina Rodriguez, were expecting twins.

Only the arrival of the child’s twin sister, according to the Manchester United attacker, is giving him and his partner Georgina Rodriguez the ability “to endure this moment,” after Cristiano Ronaldo revealed that his son had died during childbirth.

Ronaldo returned to the field against Arsenal after missing the match against Liverpool on April 19. Cristiano scored and dedicated his first goal to his son by pointing to the sky.

Why did Cristiano Ronaldo’s son pass away?

Cristiano Ronaldo posted a heartbreaking message about the passing of his infant son on social media. He and his longtime partner, Georgina Rodriguez, had a child after dating for a while.

In October, the couple used social media to share the news of the birth of their twins. They stated in a post that they had wanted to welcome a boy and a girl into their family.

Although Georgina Rodriguez had already given birth to a daughter, Ronaldo and his girlfriend revealed that their son had passed away when they were expecting twins.

Fans at Anfield joined together for a round of applause in the 7th minute of the match to show solidarity for Cristiano Ronaldo and his family. ♥️

The couple elucidated in a post after their child’s death, “It is with our deepest sadness we have to announce that our baby boy has passed away. It is the greatest pain that any parents can feel,” the joint statement read. “Only the birth of our baby girl gives us the strength to live this moment with some hope and happiness.”

Furthermore, they added, “We are all devastated at this loss and we kindly ask for privacy at this very difficult time. Our baby boy, you are our angel. We will always love you.”

Cristiano Ronaldo, a star for Manchester United, has requested privacy after revealing the death of his newborn child.

How many kids does Cristiano Ronaldo have?

The Portuguese athlete is a father to four children. His eldest child, Cristiano Jr., was born in June 2010, and the adorable meaning of his nickname, Cristianinho, is “little Cristiano.”

The youngster, who is already a top player on juvenile soccer squads, is undoubtedly following in the footsteps of his renowned father.

Cristiano disclosed in June 2017 that he fathers twins, Eva and Matteo. It happened through the use of an American surrogate mother.

The athlete and Georgina first revealed they were expecting their first child together a month later. Their daughter Alana Martina was born to the Argentine model in November 2017.

Cristiano has always been a happy parent and has never been shy about mentioning his kids.