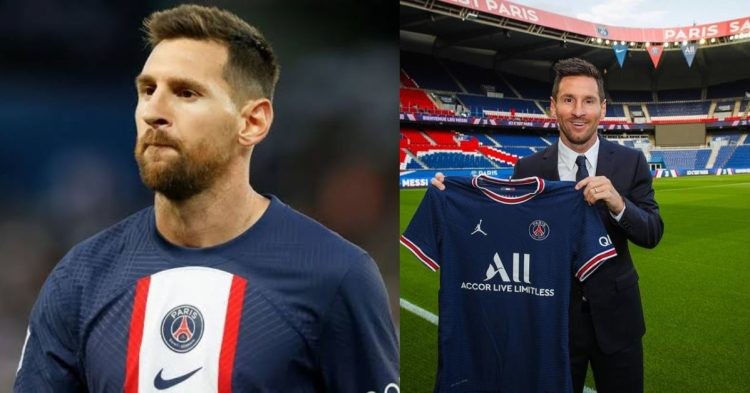 Lionel Messi had his moment of life at the end of last year when he lifted the World Cup with Argentina. The 35-year-old Argentinean flew to Buenos Aires to celebrate the historic moment with his fellow Argentineans. Although club soccer has restarted, Leo Messi is yet to be back in the French capital.

Lionel Messi achieved his childhood dream of winning the World Cup in Argentinean colors. The 7x Ballon d’Or winner played the most crucial part in the Albiceleste’s triumph. He scored a brace in the final against the former champs France while the opposition answered with Kylian Mbappe’s hat trick. The match went to penalty shootouts with a 3-3 scoreline. Emiliano Martinez’s antics helped Argentina get over the line with a 4-2 score.

Leo Messi is having a fantastic season in Galtier’s team. He has seven goals and 10 assists in the current Ligue 1 season. Messi has had a fantastic Champions League group-stage performance as well. He has scored and assisted four times in the competition. Messi and Co. will face Bayern Munich in the round of 16 stages of the competition. PSG will expect their Argentine superstar to return to the club as soon as possible.

Is Lionel Messi still in PSG?

The club seasons are well underway, as all the major leagues have had two matchdays played since the World Cup final. PSG cannot wait to have Lionel Messi back after they were handed the first loss of the season against the surprise title contenders of this season, Lens.

PSG’s return match after the World Cup proved to be a tough one without Lionel Messi. A 96th-minute penalty rescued all three points for the French giants in a 2-1 win against Strasbourg. Lionel Messi’s importance was more evident in the next match against Lens. Neymar was also not available because of a red card in the previous match. Hugo Ekitike’s early goal wasn’t enough to stop a flamboyant Lens, who beat the league leaders by 3-1.

End of the match, the Parisians lose in Lens. 🔚#Ligue1 I #RCLPSG 3⃣-1⃣pic.twitter.com/e9UUUYhywr

Christoph Galtier gave an update about the World Cup winner’s return date. He said, “We will be very happy to welcome [Leo Messi] to our training center. Leo will probably come and join us on the 3rd, which is in 48 hours. Of course, he will be well received here. After that, I have no doubt that he will be well received at Parc des Princes,” about Messi’s possible reception by PSG fans.

There are possibilities about Messi moving somewhere else, as his contract is valid up to the next summer only. Barcelona is keeping a keen eye on the greatest player in their club history for a potential return to Camp Nou. Inter Miami is on Messi’s pursuit as well the next summer.

Leo Messi never accepted Inter Miami proposal or negotiated with Barcelona. He was approached by both clubs but it was never advanced 🚨🇦🇷 #Messi

Paris Saint-Germain have been pushing for months will president, board, coach to extend his contract — he has now accepted. pic.twitter.com/g1Rh0i9jEW

It is, however, understood that Messi has a verbal agreement with PSG over a contract renewal. It looks like he has settled rather well in the French capital and we will see him rocking the number 30 shirt for a few more seasons.