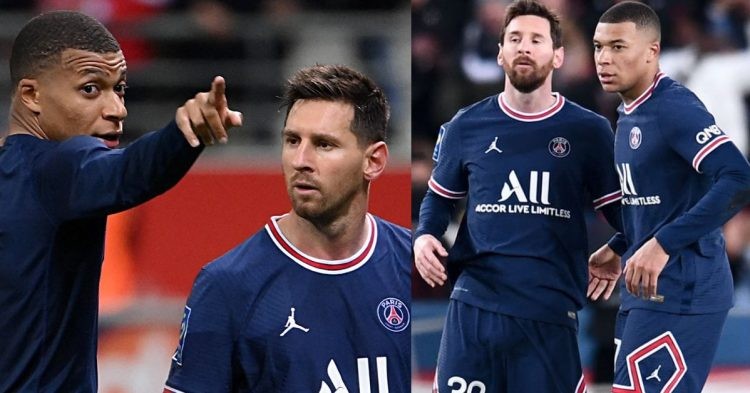 Kylian Mbappe was not present to congratulate Lionel Messi at the PSG Training Center (Credits: Twitter)

Legendary forward Lionel Messi was welcomed back to Paris Saint-Germain (PSG) training on Tuesday after his success in helping Argentina to victory in the Qatar World Cup 2022. After his victorious return, the 35-year-old icon was presented with a guard of honor by his teammates and the club’s staff.

Lionel Messi was granted a 10-day holiday by PSG after his performance in Qatar, but it appears he is back with the team in preparation for their upcoming Coupe de France match against Chateauroux on Friday. Messi scored two goals in the final at Lusail Stadium, helping Argentina defeat France, which was captained by Kylian Mbappe, in a penalty shootout after the match ended in a 3-3 draw after extra time.

Upon his arrival at the PSG training center, Lionel Messi was given a warm welcome by his teammates who formed a guard of honor for him. Luis Campos, the club’s Sporting Director, presented him with special memorabilia as a token of appreciation. But fans were left wondering why Kylian Mbappe, the French striker, was absent from the occasion.

On Monday night, Kylian Mbappe and PSG teammate Achraf Hakimi went to an NBA game between the Brooklyn Nets and the San Antonio Spurs at the Barclays Center. Fans have been giving Kylian Mbappe some good-natured ribbing for not being there to join in on the fun.

Kylian Mbappe has found himself at the center of controversy after he failed to attend a special ceremony to honor Lionel Messi. Fans of Paris Saint-Germain (PSG) have taken to social media to troll Mbappe for not being present at the training center, where everyone congratulated Messi for his victory in the 2022 FIFA World Cup.

Can see Neymar. Where is MBappe?

In conclusion, Lionel Messi’s warm welcome at the PSG training center was a testament to the soccer club’s appreciation for him. Although Kylian Mbappe’s absence left many fans puzzled, the guard of honor and special memorabilia presented to Messi were a touching gesture from the club. Despite the questions surrounding Mbappe’s whereabouts, Messi’s welcome proved that he is already highly regarded at PSG.